Home » Europe » Last ditch attempt! Theresa May to negotiate with Germany to SAVE Brexit 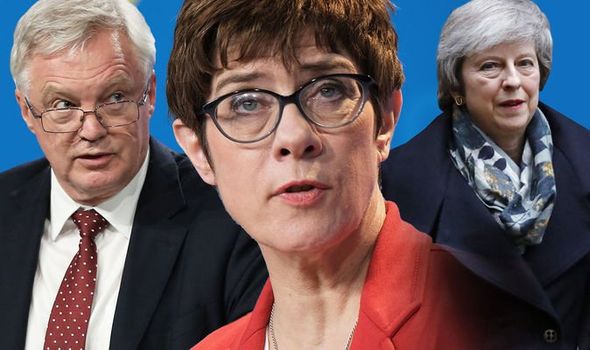 Theresa May should go to Germany and negotiate a deal to avoid the Irish backstop, according to former Brexit secretary David Davis. The MP for Haltemprice and Howden said: “I have said many times that negotiations with the EU would only really make substantive progress at the eleventh hour. I think it’s fair to say now we are at the eleventh hour and fifty-nine minutes.”

The arch-Brexiteer believes the UK “needs to change the direction of travel” in order to get the Prime Minister’s deal through the House of Commons.

He said Mrs May should listen to Annegret Kramp-Karrenbauer, the leader of Germany’s CDU party, who earlier this week said: “If the UK now came to us and said: ‘let’s spend five days negotiating non-stop on how to avoid the backstop’, I can’t imagine anyone in Europe saying ‘No’.

“If the UK had new watertight proposals for the border, I don’t think anyone in the EU would say ‘We don’t want to talk about it.’”

Ms Annegret Kramp-Karrenbauer is very close to Angela Merkel and widely tipped to be the next German chancellor. 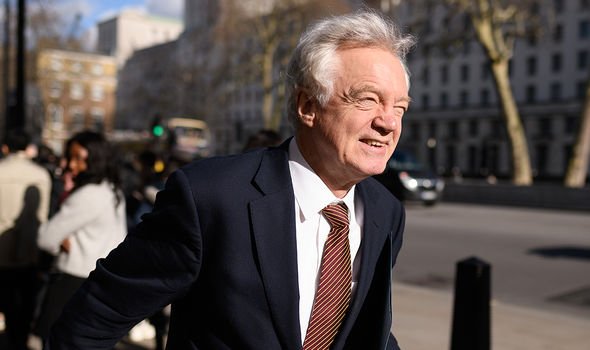 Mr Davis said Mrs May should “take her at her word” and send Steve Barclay and the British negotiating team back to Brussels with clear instructions to “present the alternative arrangements for Northern Ireland.”

The Brexiteer added: “Then we have a decent chance of getting a response that will get her over the line in the House of Commons.”

Earlier this week Mr Davis flew to Berlin to speak to a number of politicians and ministers in the German government.

He said senior German officials were “very uncomfortable with the state of the negotiations” as well as the economic implication for Germany and the political impact on Europe. 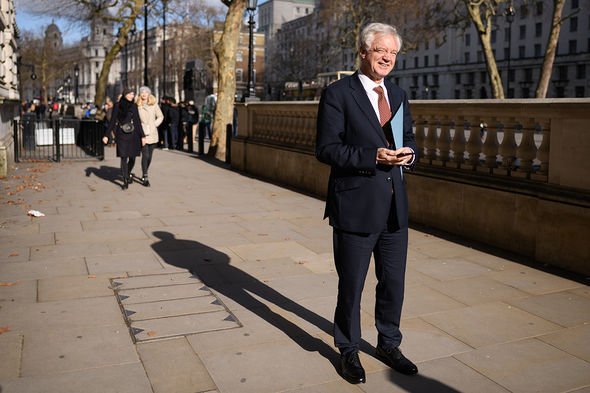 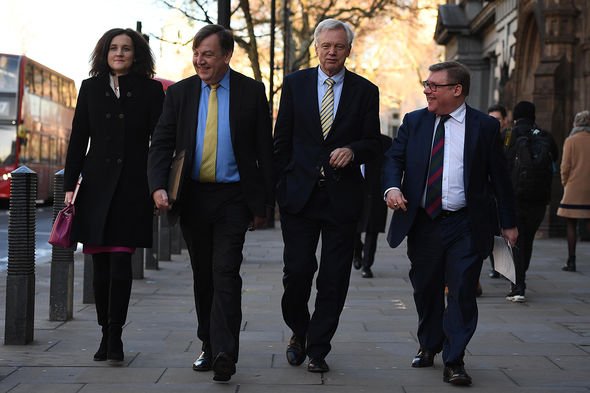 He said Brexit “has alienated my colleagues, our Party members and our voters.

“It is time to face the facts.

“The Chequers Plan has failed and now the Withdrawal Agreement is discredited.

“Project fear over leaving without a deal has not worked and it has alienated the British people.

“Overtures to the most left-wing leader the Labour party has ever had are not going to work.

“So she should reunite our Party and promote the one deal that will retain the integrity of our country and deliver Brexit in a timely fashion.

“The British people voted to leave the European Union in good faith.

“Any breach of trust with them will damage our party for a generation.

“Focus on the one Parliament approved alternative.