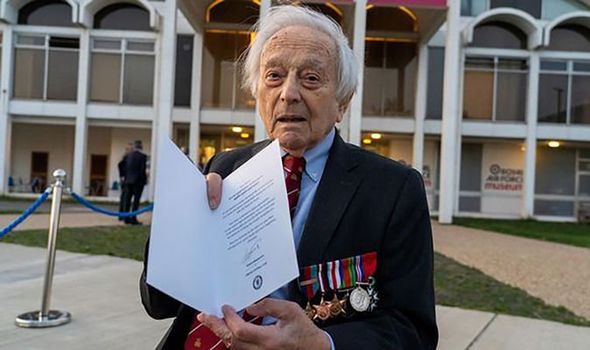 His troopship was torpedoed on his way back from training in Canada. The Londoner carried out 30 raids over Nazi Germany when Bomber Command had the worst casualty rate of any British forces.

He joined the elite 617 Squadron after its most famous raid on dams above the Ruhr in 1943.

Benny flew on their last operation of the war, successfully attacking Hitler’s Eagle’s Nest retreat in the Bavarian Alps.

During 21 years of service, he flew 3,500 hours in 22 different aircraft types and continued as a private pilot until after he was 90.

His friend Roger Earl said: “Benny was one of the ‘I was only doing my job’ generation to mask the courage beneath that lovely sense of humour, those twinkling eyes and indestructible spirit.”