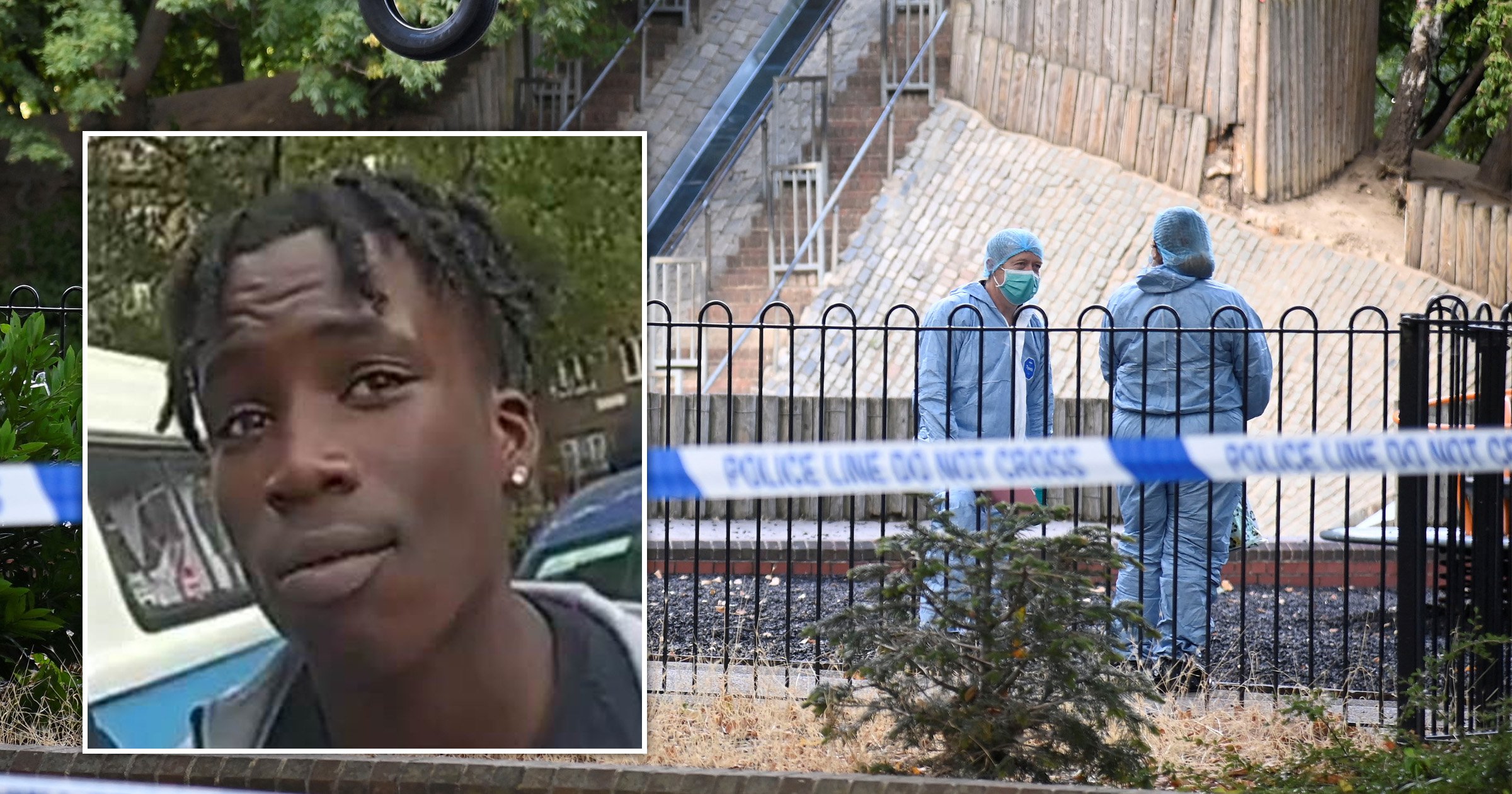 Investigators have urged witnesses to break down a wall of silence after the latest teenager to lose his life to knife violence in London was named.

Paramedics battled to save his life but he died in hospital shortly after being attacked.

The park was full of teenagers at the time, the Met said, as it issued a stark plea for witnesses to come forward and secure justice for his family.

The area’s chief superintendent Andy Carter called it ‘an incredibly tragic case’ and said the victim ‘had his whole life in front of him and that has now been cruelly taken away’.

In a direct plea to other teenagers who were present, he said: ‘We know that there were lots of people in the park on Thursday evening, many of whom were young people who may be finding it difficult to come forward.

‘I would urge you to think about Deshaun’s family who are looking for answers.

‘You may hold vital information that enables us to provide those answers; please don’t keep it to yourself.

‘We will support you if you come forward to speak to us in confidence.

‘I also appeal to anyone else who was in the park that night who may even have been a victim of another crime themselves to report this to us as it may help this investigation.’

He said there would be a heightened police presence around the park and extra efforts were being taken to tackle violence in public spaces during the summer heatwave.

A post-mortem examination found the cause of death Deshaun’s was a stab wound, shock and haemorrhage, a Metropolitan Police spokesperson said.

Detective Inspector Ben Dalloway: ‘The investigation team are fully focused on securing justice for Deshaun and his family.

‘We are working around the clock and are very keen to hear from anyone who was in the area of Highbury Fields between 8pm and 9pm on Thursday, 4 August.

‘Did you see anyone running or behaving suspiciously? Can you help us build a picture of the events that led to Deshaun being stabbed?

‘You will continue to see police in the area for the foreseeable future, please approach them with any information you may have.’