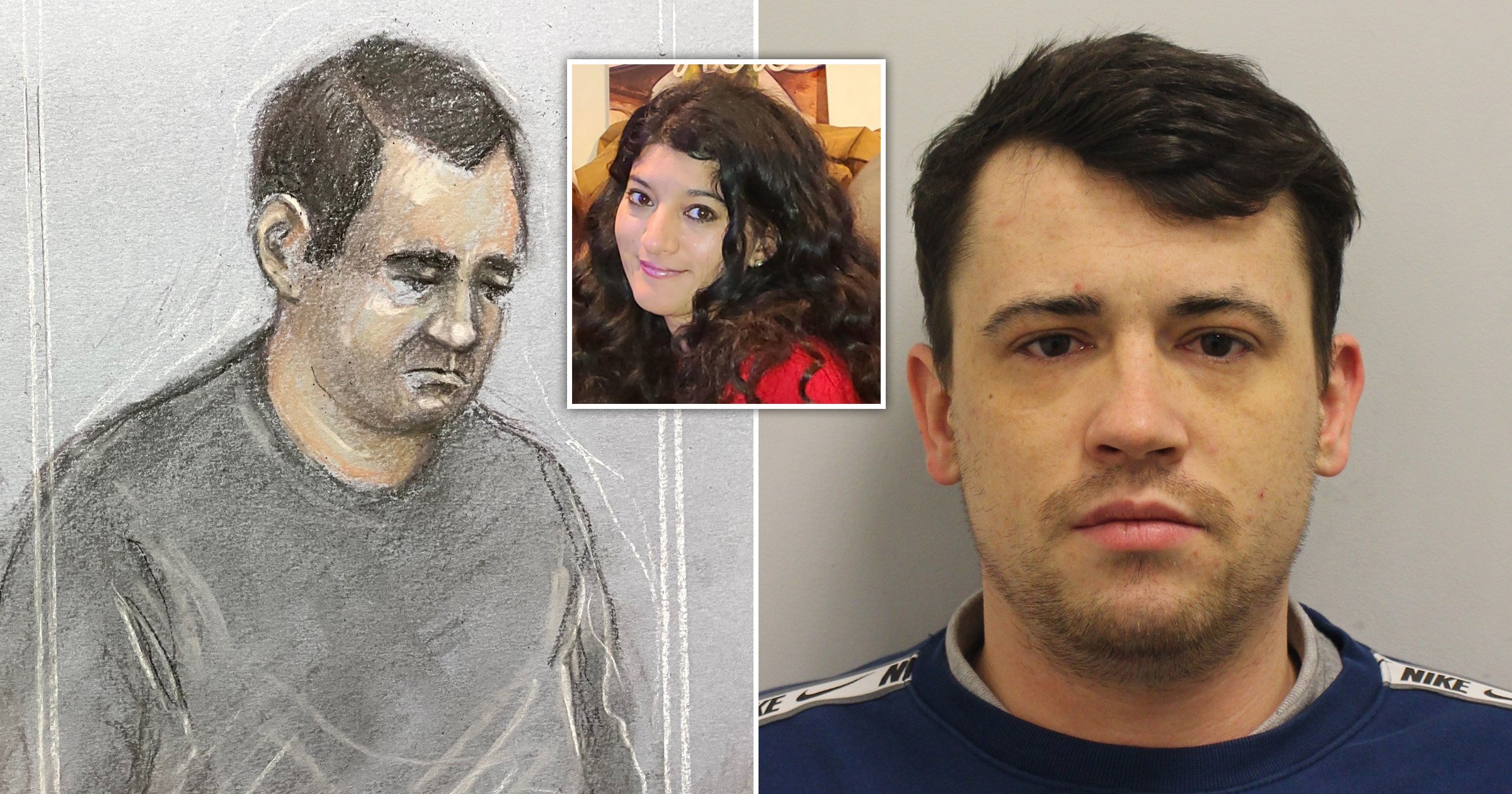 A sexual predator who murdered a law graduate within days of being released from prison has refused to come to court to be sentenced.

Jordan McSweeney, 29, had targeted other women before setting his sights on 35-year-old Zara Aleena as she walked home from a night out early on Sunday June 26.

Ms Aleena was minutes from her home when McSweeney dragged her into a driveway in Cranbrooke Road, Ilford, east London, where she was brutally kicked, stamped on, and sexually assaulted before being left for dead.

Oliver Glasgow KC, prosecuting, told the Old Bailey she ‘stood no chance of survival’ after being attacked ‘with a savagery that is almost impossible to believe’.

McSweeney, who pleaded guilty to murder and sexual assault, refused to leave his cell to be sentenced because he did not want to watch the CCTV of what he did.

He faces life imprisonment when he is sentenced by Mrs Justice Cheema-Grubb later.

The court heard he spent the evening before at a Wetherspoon’s in Ilford where he was kicked out for making ‘persistent advances’ to one of the barmaids.

Chilling footage from the area later showed McSweeney ‘roaming the streets looking for a woman to attack and to sexually assault’.

Mr Glasgow said: ‘He followed a number of different women and, given what happened to Zara Aleena, there can be no doubt that they were lucky to have escaped unharmed.

‘Tragically for Zara Aleena, of course, she was not so fortunate.’

MsSweeney followed Ms Aleena down Cranbrook Road before grabbing her and dragging her into a driveway.

Mr Glasgow went on: ‘Despite being only yards from a public street and from residential properties, the defendant attacked Zara Aleena with a savagery that is almost impossible to believe.

‘He repeatedly kicked and stamped on her head and body, he tore some of her clothes from her body in order that he could sexually assault her, and then he attacked her again, kicking and stamping on her face and neck, and returning several times to continue the brutal violence.

‘Finally, once satisfied that she would no longer be able to report him for what he had done, he walked away, taking her mobile telephone with him which he threw over a garden wall, thus ensuring that neither she nor anyone else who might find her could use the phone to call for help.

‘He walked back to the caravan where he was living and the following morning, having hidden the bloodstained clothes and shoes he had been wearing during the attack, was seen laughing and joking with his friends; seemingly without any concern for what he had done or for the fate he had forced upon Zara Aleena.’

When he was arrested, McSweeney refused to answer questions in a police interview.

The court heard he was a prolific offender and had been released from prison on licence on June 17 – just days before the murder.

He had been inside for criminal damage, racially aggravated harassment and unauthorised possession of a knife in prison.

In all, he has 28 previous convictions for 69 separate offences including burglary, theft of a vehicle, criminal damage, assaulting police officers and assaulting members of the public while on bail.

The force said it was informed on June 24 and attended an address linked to McSweeney the following day to arrest him but he was not there, and he was subsequently arrested on June 27.

Ms Aleena had begun working at the Royal Courts of Justice five weeks before her death and her family described her as ‘the happiest she had ever been’.

Her aunt Farah Naz had said her niece had been conscious of the dangers for women after the murders of Bibaa Henry, Nicole Smallman, Sarah Everard and Sabina Nessa.

But she had felt ‘safe’ walking in the community where she was well known.

Ms Naz said: ‘Zara was not a woman who was unaware that there were dangers in the world. She did not imagine what happened to those women would happen to her.

‘She didn’t know she was going to be on this list because in her mind she took those precautions.’

Plane that burst into flames while landing, killing 41 people, was 'struck by lightning'