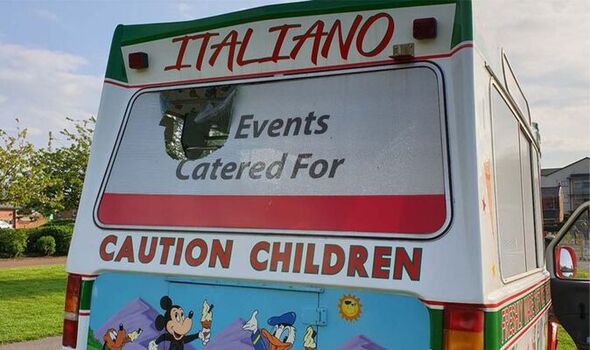 Police were called to the McDonald’s in Ormskirk, Lancashire, at around 5pm on Saturday, after it was reported that the mob of teenagers were causing “nuisance”. Officers were on the scene quickly but found the youths had fled to a nearby park where they attacked the van.

They threw a brick through the parked vehicle’s rear windscreen at around 5.30pm. The youths then fled the scene in the direction of a cemetery, according to witnesses.

Police are now appealing for information regarding the incident and say that the victim has been left shaken, as well as losing out on earnings.

According to Lancashire Live, police said: “The youths involved have reportedly run off in the direction of the cemetery following the incident, one wearing a royal blue jumper and one in a light jumper, both wearing black trousers and with dark hair.

“The victim has not only lost out on earnings, but has been left shaken by the incident, therefore we are asking the community if anyone has witnessed the incident or for anyone who knows those involved to speak to police.

“Investigations continue and by working as a community we can bring justice to those involved.”

It comes after teenagers a young girl had her “head stomped on” by a vile gang of teenagers during a massive fight in Coventry last month.

Horrified onlookers said the violent youths were seen “slapping” and “punching” one another, before the girl fell to the hard ground. One witness said it appeared as if she then a seizure on the floor.