Yeovil Town captain Lee Collins was found dead in his hotel room, an inquest has heard.

The footballer was discovered on 31 March at the Lanes Hotel in West Coker, near Yeovil.

An inquest into his death has been opened and adjourned in Taunton.

In a statement to the court, coroner’s officer Ben Batley said the 32-year-old from Newport was confirmed dead at the hotel.

“It was identified that when Lee did not attend for training on March 31 enquiries were made at the hotel where he was staying, and he was found in his room,” said Mr Batley.

Further statements and reports on Collins’ death are being sought and the inquest has been adjourned until a case management review on or before 7 July. 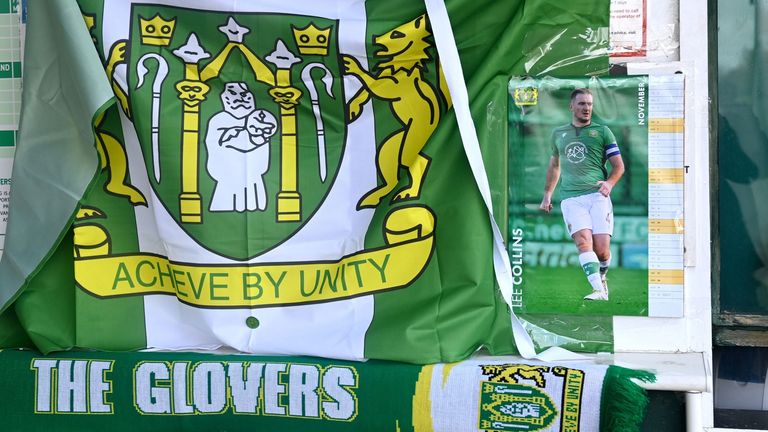 The footballer started his career at Wolves and played 163 times for Port Vale, as well as spells at Hereford, Barnsley, Shrewsbury, Northampton, Mansfield and Forest Green.

He moved to Yeovil Town in 2019 and made 38 appearances for the Somerset club – who play in the fifth-tier National League.

His last played in a 1-0 defeat at Stockport on 6 February.

There were many tributes to Collins from his former clubs and teammates in the aftermath of his death.

Ivan Toney, the top scorer in the Championship this season, tweeted: “Such sad news. A former teammate always helped me as a young boy coming through. Thoughts go out to his friends and family at such a difficult period.”

Former Wolves player Karl Henry said he remembered Collins as a young player at the club and called him “a good lad with a great attitude”.

Gandhi’s glasses were found hanging halfway out of a letterbox. Now, they’ve sold for £260,000

Queen heartbreak: Meghan Markle and Harry won’t be bringing Archie to the UK for Christmas

Cocaine user 'scalded daughter, 1, to death and left her to scream in pain'