Police have introduced increased powers in the Seacroft area temporarily after the man was attacked there.

West Yorkshire Police were contacted at 10.10am today after receiving reports a man in his twenties had been stabbed and seriously injured.

The man was at an address on Boggart Hill Drive, Seacroft.

He has been taken to hospital for emergency treatment, and is said to be in critical condition. 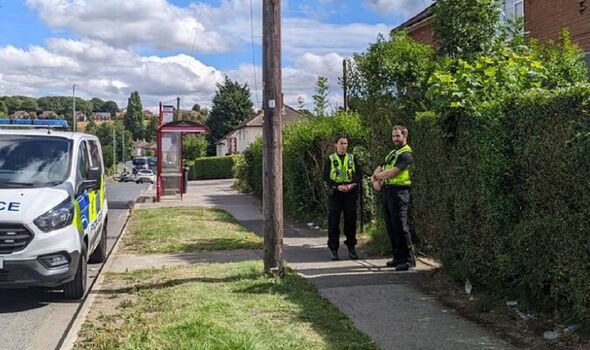 Two men have since been arrested in connection with the incident.

Police said the temporary increased powers they have introduced are there to keep the community safe and prevent serious violence.

A scene remains in place on Boggart Hill Drive.

Detectives from Leeds District CID are currently carrying out enquiries.

A spokesperson for West Yorkshire Police said: “Increased stop and search powers have been put in place temporarily in the Seacroft area of Leeds to prevent serious violence and keep communities safe after a man was stabbed and seriously injured in an incident this morning.

“A scene is in place at the address and detectives from Leeds District CID are carrying out enquiries to establish the full circumstances.

“Anyone who witnessed the incident or who has any information that could assist the investigation is asked to contact detectives via 101 quoting crime reference 13220466333 or online via www.westyorkshire.police.uk/101livechat

“Senior officers at Leeds District have authorised the use of Section 60 of the Criminal Justice and Public Order Act 1994 to detect and deter the carrying of offensive weapons in the area and to prevent serious violence.”

The temporary powers allow officers to forego the usual grounds for searching people or vehicles for weapons.

There will also be increased officer patrols in the area during the 24 hour period, which came into effect just after 11am.

The spokesperson for West Yorkshire Police explained: “The authorisation came into effect shortly after 11am for an initial 24 hours and its continuation will be subject to regular reviews.

“It gives police officers the power to search people or vehicles for offensive weapons or dangerous instruments without them having to have their usual grounds to suspect each person searched.

“Officers are increasing their patrols and presence in the area to deter any further incidents and reassure the community.

“Maintaining the trust and confidence of the community is vital and we are continuing to liaise with key community representatives, including the district’s Independent Advisory Group, to ensure appropriate scrutiny and accountability around the use of this additional power.”

Young migrant attacked on beach moments after arriving in UK