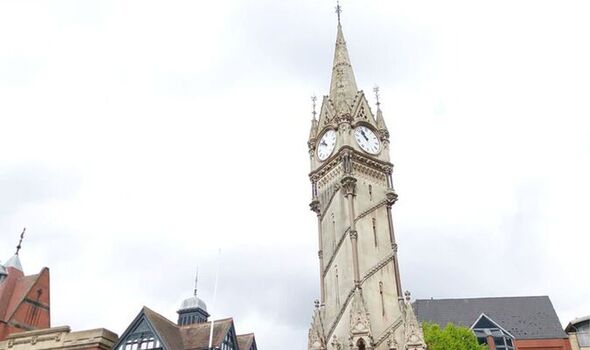 Two cities and one town – including Leicester – have become the first places in the UK to have non-white majorities, new statistics show.

Census 2021 figures from the Office for National Statistics (ONS) show 40.9 per cent of people in the city are from white backgrounds, 10 per cent lower since the last census, in 2011.

According to LeicestershireLive, the largest ethnic group in the city now comprises people from an Asian background, with a rise of 6.4 per cent since 2011, to 43.4 per cent.

Commenting on the figures, which have been released today, city mayor Sir Peter Soulsby said he was “very pleased and proud” Leicester had such diversity.

Across England and Wales as a whole, white people remain the majority group, at 81.7 per cent, down from 86 per cent in 2021.

The second largest group across England and Wales are Asian people, at 9.3 per cent, or 5.5 million, compared to 7.5 per cent in 2011, or 4.2 million, reports Leicestershire Live.

Along with Leicester, Luton and Birmingham are among the areas of England where people identifying as white now form a minority of the population, the census data shows.

Reacting to the change in the Leicester demographic, Sir Peter, Leicester’s political chief, said: “I am very pleased and proud of our city of Leicester. It gets enormous praise for the diversity of its communities who contribute so much to every aspect of our lives.”

Claudia Webbe, independent MP for Leicester East, said the diversity in Leicester was a strength that should be celebrated. She said: “We are the city where our minorities make up the majority. That is what makes Leicester special, and we are richer for this vibrant exchange of cultures.

“The new census data reinforces the identity of our community. As a city, Leicester can play a leading role in making government change course so that policies are genuinely for the good of everyone. Our communities enhance us as a city and as a country. We should and will be celebrating that. However, the real battle is the radical change that we need to see.”

Riaz Ravat, deputy director of Leicester’s St Philip’s Centre, which has run interfaith schemes since 2006, said: “The city is projected as a beacon of hope in diversity because global communities have contributed richly to the social, economic and civic mosaic which makes up Leicester.

“People around the world have visited the city to understand our story.

“However, we have seen in recent times that we cannot be complacent and it is incumbent on all of us to evolve our work so that this proud legacy is passed on from generation to generation. Peaceful and positive relationships across our communities have to be worked on constantly by creating and opening up arenas of encounter and interaction. Leicester’s motto may be Semper Eadem – always the same but the reality is that the city has evolved over many years and it is this development which gives Leicester a global outlook. We should be proud of this.”

Father appeals to missing daughter on run with newborn