Thai billionaire Vichai Srivaddhanaprabha died when the aircraft fell from the sky after taking off from inside the ground following a 1-1 draw against West Ham.

Witnesses said the chairman’s helicopter seemed to spiral out of control moments after it set off from the King Power Stadium pitch on Saturday evening and plummeted in a huge fireball into a car park.

Ms Lechowicz, who moved to the UK from Poland in 1997, and Mr Swaffer lived together in Camberley, Surrey. 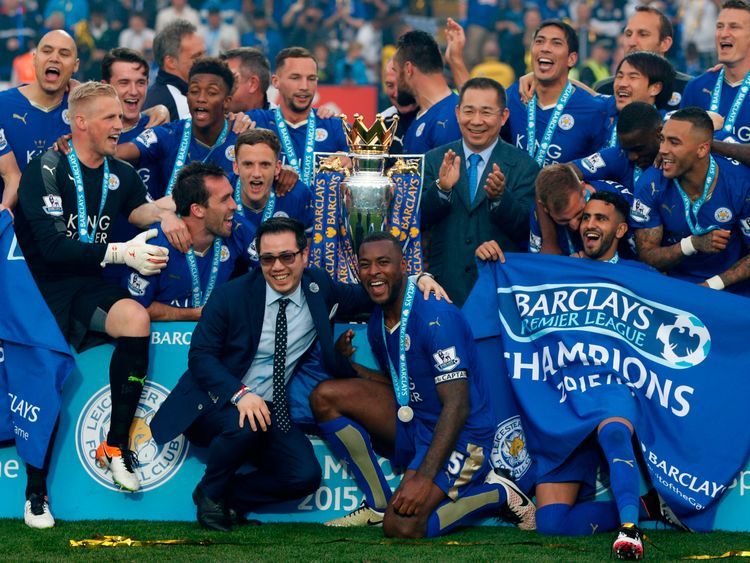 Officers said formal identification had not been completed and no one else was believed to be injured.

Mr Srivaddhanaprabha, who was highly thought of in the city, was known for arriving and leaving the stadium in his helicopter at home games.

It said: “The primary thoughts of everyone at the club are with the Srivaddhanaprabha family and the families of all those on-board at this time of unspeakable loss.

“The world has lost a great man. A man of kindness, of generosity and a man whose life was defined by the love he devoted to his family and those he so successfully led.

“Leicester City was a family under his leadership. It is as a family that we will grieve his passing and maintain the pursuit of a vision for the club that is now his legacy.”

:: ‘Hero’ pilot may have saved many lives

A Sky cameraman who watched the crash said the pilot guided the aircraft away from people on the ground.

Having just recorded post-match interviews inside the stadium, Sky Sports News cameraman Dan Cox was walking across the car park as the helicopter came overhead.

He told Sky News: “I heard the helicopter coming out of the stadium, saw it as you do, they are amazing pieces of machinery and then I just carried on walking thinking next time I look up it is going to be overhead.

“The next thing I just looked up and it was just spinning, static just out of control, just a constant spinning, I have never seen anything like it.”

The air accident watchdog has launched an investigation into why the helicopter crashed.

The tragedy is being described as the “darkest day” in the club’s history, and mourners have been laying wreaths near the stadium.

Bouquets, flags and football shirts have been left outside the ground by members of the public alongside a large image of the Hindu god Ganesh which was also propped up amidst the flowers.

The club said a book of condolence, which will be shared with the Srivaddhanaprabha family, will be opened at the stadium from 8am on Tuesday for supporters wishing to pay their respects.

An online book of condolence will be put on its website for supporters unable to visit the stadium to leave tributes.

It said Tuesday’s first team fixture against Southampton in the EFL Cup and the development squad fixture against Feyenoord in the Premier League International Cup had been postponed.

Boy, 8, dies after being attacked by two Rottweiler dogs