Drag queens on the BBC, shops adorned with rainbow flags during Pride month, pro footballer Jake Daniels coming out, and eight years of marriage equality – one might assume that the fight for LGBTQ+ equality has been won.

As Pride month kicks off – and the inevitable queries are raised about why we still need to take this time to celebrate and promote the LGBTQ+ community – this seems an opportune moment to reflect on how far the law has come. It’s also a time to explore how true equality for LGBTQ+ people is sadly not yet a reality in modern Britain.

Throughout most of history, legislation has tried to regulate the private and family lives of the LGBTQ+ community. It has previously dictated who can have sex with who, who is deemed fit to raise a child, what children can be taught about relationships and how people choose to identify.

The Buggery Act of 1533 punished sodomy by death and was exported across the British Empire in the 16th and 17th centuries – laws that some countries within the Commonwealth still have today.

In 1957, an enquiry published a report recommending that ‘homosexual behaviour between consenting adults should no longer be a criminal offence’.  It took 10 years for the recommendations of the report to become legislation – the Sexual Offences Act 1967 finally decriminalised homosexuality. 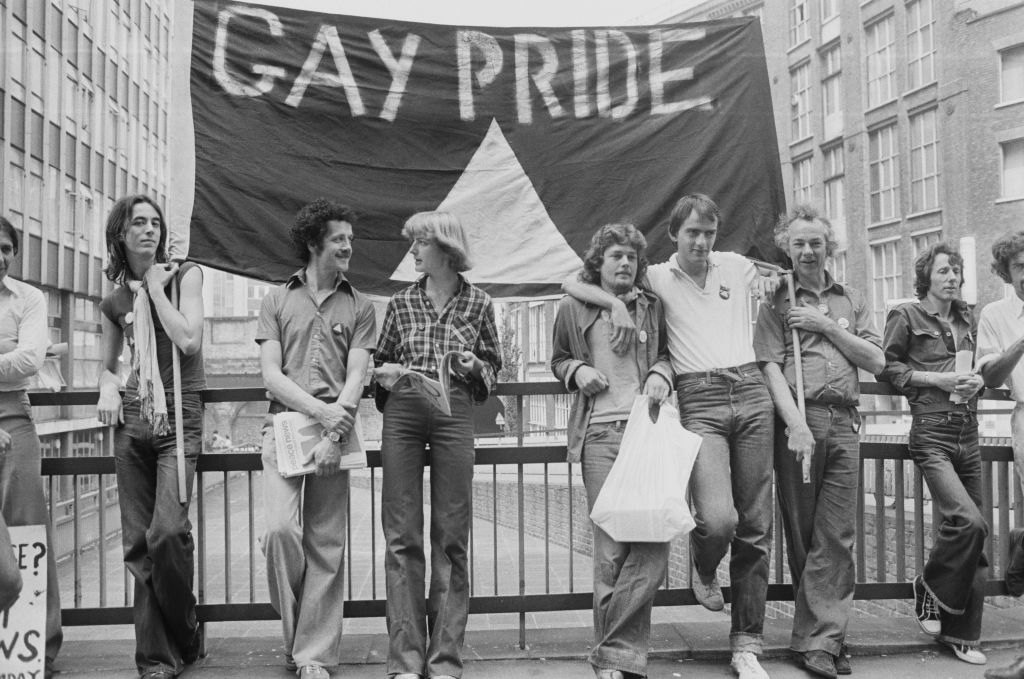 A few years later in 1972, the first Pride parade was held – an event still celebrated today. But in 1988, Margaret Thatcher’s government introduced Section 28, which was legislation that banned the ‘promotion’ of homosexuality by local authorities – the impact being that schools could not educate children about LGBTQ+ issues. After years of campaigning, Section 28 was repealed in 2003.

In the 21st Century, the English law is radically more liberal: The Gender Recognition Act of 2004 allows a person to legally change their gender, the Human Fertilisation and Embryology Act no longer requires doctors to consider a potential child’s ‘right’ to have a father, and The Marriage (Same Sex Couples) Act 2013 has ensured marriage equality is enshrined in law.

The past 20 years have seen a tide of progressive legislation – with the age of consent equality being achieved in 2001, Civil Partnership Act and Gender Recognition Act both introduced in 2004, the Equality Act of 2010 listed both gender reassignment and sexual orientation as characteristics to be protected against discrimination and Parliament voted for marriage equality in 2013.

However, for some LGBTQ+ people across the country, the law is not yet adequate to ensure their lives are truly equal.

In terms of family building, biology can be a natural barrier for LGBTQ+ people. Costly international surrogacy arrangements and outdated legislation are two additional barriers.

Commercial surrogacy is not available in the UK, and the law acts to restrict what a surrogate can be paid. Further, there is little protection for the commissioning parents if the surrogate changes their mind about the arrangement and decides to keep the baby once it is born.

This has led many to seek commercial surrogacy arrangements abroad, which can be costly and unaffordable. Further, while the courts have made an effort to interpret surrogacy legislation in a way that puts the child’s welfare at the centre of the decision-making, the legislation itself is long overdue being reformed.

It was only in 2010 that surrogacy became available to unmarried and same-sex couples.  Surrogacy – while not exclusive to LGBTQ+ people – is an option for LGBTQ+ couples seeking children and intended parents of all genders can now be recognised as legal parents.

However, parental orders may not be granted by the court until significantly after a child has been born, leaving a period of anxiety and risk for the intended parents, the surrogate and the child.

A long-awaited review of existing legislation is expected from the Law Commission later this year.

Anticipated proposals include streamlining the process, removing uncertainty and recognising intended parents from birth. If the legislation in England and Wales can be updated to rationalise the process and provide greater certainty, this may increase the opportunities for those seeking children that cannot afford international surrogacy arrangements.

The Court of Appeal ruled in 2020 that a trans man who had preserved his fertility and carried his own child could not be registered as the father on the birth certificate. The case is now being brought to the European Court of Human Rights.

A document as simple as a birth certificate can have widespread impact upon how someone views their identity.

For those seeking to legally change their gender, the process is lengthy and can be unwieldy. English law at present requires someone to prove to an anonymous ‘gender recognition panel’ that they have lived as their identified gender for two years. Married transgender people require spousal consent.

Further to this, only two genders are legally recognised in UK law: male and female. This exclusion of non-binary and intersex people means that many people hold inaccurate identity documents.

The UK lags behind countries such as Australia, New Zealand, Denmark and Iceland that all permit an ‘X’ to be marked in the gender section of identity documents.

You must also be over 18 to obtain a gender recognition certificate, which can be a position that schools often find difficult to navigate.

The Attorney General, Suella Braverman, has recently said that schools should not have to accommodate transgender pupils and that they must ‘take a much firmer line’ against children seeking alternative gender expression.

The fact that lawmakers at the heart of Government are willing to enable further marginalisation has concerned school leaders.

Head teachers have expressed concern that not listening to the wishes and concerns of young people risks damaging their mental health. If transgender pupils lose trust in their school system and miss out on educational opportunities, the long-term implications are both obvious and frightening.

In the home, a recent study by the charity Galop shows that a third of LGBTQ+ people have suffered abuse from relatives. One form of abuse that happens in the home is domestic conversion therapy.

Despite relentless campaigning, the Government has dragged its feet in banning this abusive practice.

Revisions to the Government’s original proposals to ban it now notably exclude trans and non-binary people. This means that they will not be able to seek legal protection from this abuse.

Legislation alone will not prevent all conversion therapy – especially when it takes place behind closed doors – however it is a key step to ensuring that everyone can seek the protection of the law when they need it most.

As a safe home is not guaranteed for many LGBTQ+ people, it is no surprise that rates of poor mental health, suicide, addiction and homelessness peak within the LGBTQ+ community.

There is still a lot to be celebrated. The recognition of same-sex parents, equal marriage, the repeal of Section 28 and the introduction of the Equality Act 2010 are all key milestones for the LGBTQ+ community.

However, this progress must not be taken for granted and significant change is still required.

The Council of Europe has recently highlighted concerns that the UK is regressing on LGBT rights.  The report states that there has been a growth in the UK of ‘highly prejudicial anti-gender, gender-critical and anti-trans narratives’.

Such narratives feed directly into the legislative programme.

While historic progress is to be celebrated, we must not be complacent. It is clear on any measure that the battle for legal equality for LGBTQ+ people in the UK is far from won.

This year marks 50 years of Pride, so it seems only fitting that Metro.co.uk goes above and beyond in our ongoing LGBTQ+ support, through a wealth of content that not only celebrates all things Pride, but also share stories, take time to reflect and raises awareness for the community this Pride Month.

And we’ve got some great names on board to help us, too. From a list of famous guest editors taking over the site for a week that includes Rob Rinder, Nicola Adams, Peter Tatchell, Kimberly Hart-Simpson, John Whaite, Anna Richardson and Dr Ranj, we’ll also have the likes Sir Ian McKellen and Drag Race stars The Vivienne, Lawrence Chaney and Tia Kofi offering their insights.

During Pride Month, which runs from 1 – 30 June, Metro.co.uk will also be supporting Kyiv Pride, a Ukrainian charity forced to work harder than ever to protect the rights of the LGBTQ+ community during times of conflict. To find out more about their work, and what you can do to support them, click here.

Nurses leaving the NHS – the consequences of COVID