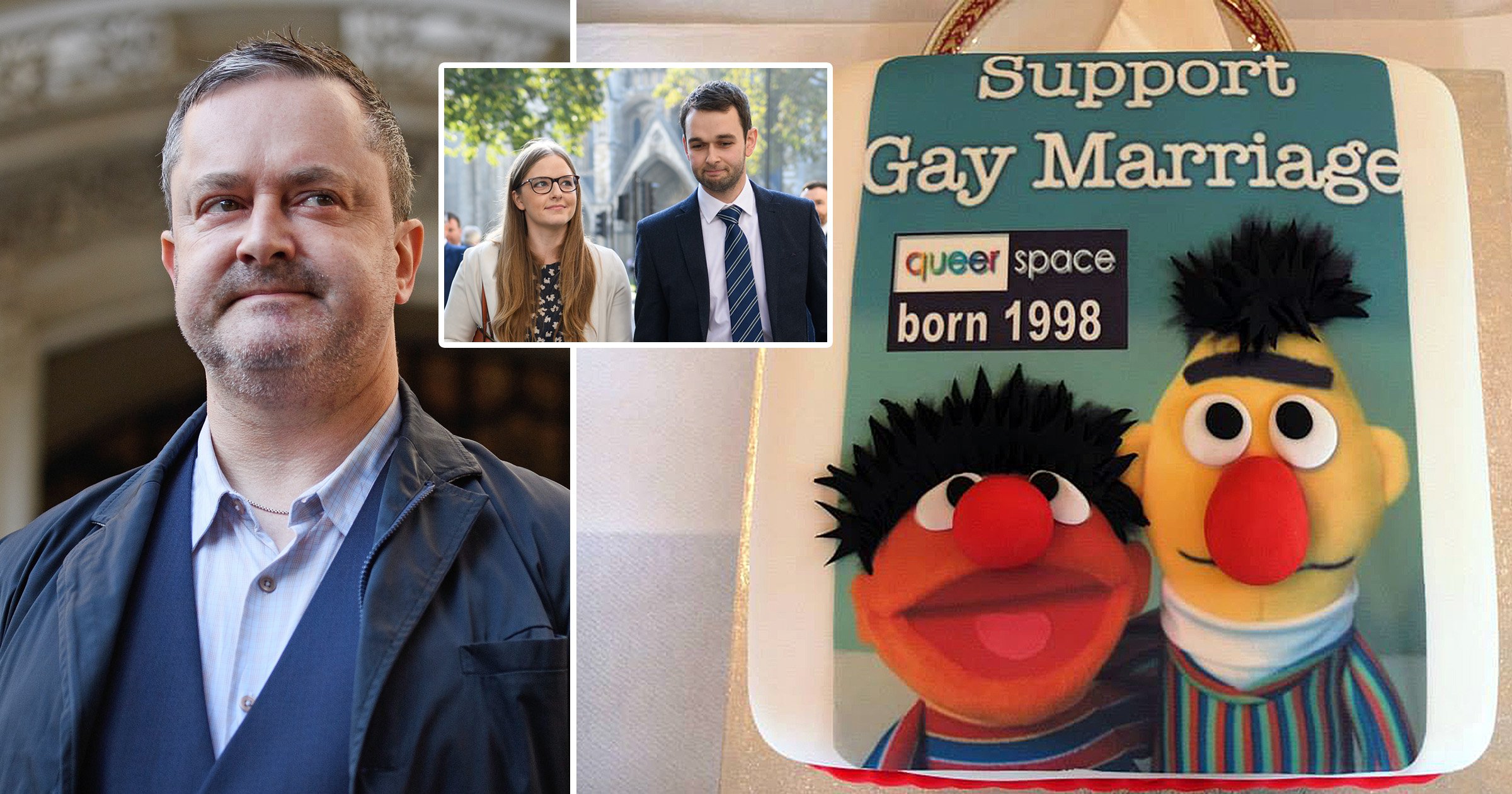 This shouldn’t be a controversial statement but to some people – including a Christian bakery owner in Northern Ireland – it apparently is.

This week, the European Court of Human Rights threw out a gay man’s case after his seven year-long legal battle where he was initially refused custom because he’d asked for those same words on a cake.

The verdict makes me sad. Not just because a world with less cake is surely a sadder world, but because the ruling is indicative of something bigger, and what many of us believe is a slow and steady roll-back of lesbian, gay, bi and trans rights in the UK.

Despite both a court and an appeal court initially ruling in favour of Gareth Lee – the man who’d ordered the cake – the husband-and-wife owners of Ashers Baking Company took it to the Supreme Court and won.

It’s been a long legal battle that has no doubt left Lee exhausted – and I have nothing but solidarity for him and his cause.

Until 2007, it was legal for providers of goods, facilities, and services to discriminate against someone on the grounds of sexual orientation in the UK. That means that less than two decades ago, it would have been perfectly legal for Ashers Baking Co. to refuse Lee’s custom simply because he’s gay, regardless of what he wanted written on a cake.

Despite this relatively recent change in law, it’s still commonplace for LGBT+ people to experience discrimination when accessing services, whether it’s outright and blatant or subtly in the form of micro aggressions.

This is one of a number of reasons that lots of LGBT folk like me – and I’m sure people from other marginalised communities – often prefer to shop with businesses that are either run by us or that have been vocal in their support for our community.

When I was planning for my civil partnership in 2017, my partner and I decided to prioritise this as criteria for who we’d involve in our celebrations.

For example, a queer graphic designer to create our invites, and a jeweller that – from our research – had historically shown proud and public support for the LGBT community. Even at the ceremony, we’d chosen songs by artists who had demonstrated allyship in their work or were queer themselves, like Lady Gaga and Troye Sivan.

Using a gay-owned bakery for our rainbow wedding cupcakes was also ​really important ​to us. It meant ​we didn’t feel worried about placing a civil partnership order with someone who may have made us feel uncomfortable when collecting them, which would have undoubtedly left a bad taste in our mouths.

Personally, I chose to work with LGBT-owned or supportive services was important to me simply because I didn’t want to share our ‘big gay day’ in any way with someone who didn’t believe in my equal rights.

The idea of doing so made me feel uncomfortable, in the same way that any activity or event can be tainted if you face discrimination while taking part in it. (And, more generally, I think it’s important to support independent businesses run by people from marginalised communities anyway.)

What happened with Gareth Lee in Northern Ireland is a prime example of why many of us choose to do this.

Often, we think that homophobia exists solely behind closed doors, anonymous online accounts and in dark streets when we’re outnumbered. But that seems far from the case.

When talking about the same saga in 2015, Loose Women’s Coleen Nolan even compared the cake row to ISIS, while on air to millions of people.

She said at the time: ‘What if somebody walked in and said: “Right, I want a cake and I want the whole Islamic State on it – and how I support it, and how I support them killing our people.” Because it is a business, do they have to make it?’

Despite calls on Twitter to sack Nolan – who as far as I know has not since issued an apology – many seemed to side with her.

The whole debacle and this week’s ruling sparked more of an eye-roll for me than outrage, as we’re quite used to this now, but it’s no less deflating. Just a crumb of equality, please!

I imagine this week’s verdict would have hit Gareth Lee a lot harder. Many of us who’ve experienced discrimination can recall that feeling of anger, embarrassment, fear and sometimes shame. No court verdict would have taken that encounter away from him, but one that ruled in his favour may have at least provided some vindication in the form of hope.

However, at least anybody who supports LGBT equality now knows where not to purchase their pastries. And if you’re miserable enough to not support same-sex marriage, your bakes are probably as sour as you are anyway.

But, on a more serious note, why is any of this important?

Why are we still talking about cake, when trans people continue to be vilified and anti-LGBT hate crimes are on the rise? This story broke in 2014, surely as a priority it’s beyond stale at this stage?

The problem is, it’s not stale. In fact, it’s like one of those really long-life cakes that last even longer in the freezer.

Individual cases like this can have a knock-on effect.

For example, the protests and proposals for the introduction of a ‘conscience clause’ that followed in Northern Ireland, which would allow businesses to refuse to provide some services if they clashed with their strongly-held religious convictions

Thankfully, that didn’t come to fruition.

Cases like this embolden not just people with anti-LGBT views, but those with exclusionary and discriminatory views in general, which can lead to increased violence and hostility toward marginalised groups. This has been demonstrated in recent years across the UK.

That’s why it’s vital we continue to act and respond wherever there is an injustice against lesbian, gay, bi or trans people, to ensure we all move forward in the right direction, even when it’s ‘just about cake’.

Otherwise, we might just be a few cannoli away from catastrophe.