The Brighton and Hove City Council worker swiftly boarded the bus to chase down a woman who had dropped a cigarette butt on a nearby street. The Brighton bus was brought to a halt when the passenger and the officer went back and forth over the £150 fine he was attempting to give her.

Frustrated passengers waited for the bus to depart, with one even filming the incident.

When the officer got on the bus and spoke with the offender, she refused to tell him her name.

In the clip, the officer said: “If you refuse to give me your information, I will have to contact the police.”

The woman then tells him that she has a doctors appointment, to which the person filing the incident is heard saying: “They won’t come out, just get on the bus and ignore him.” 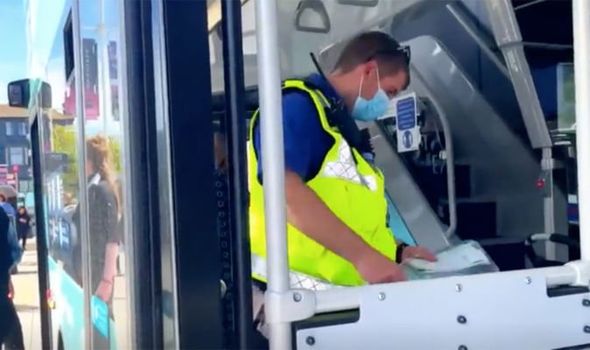 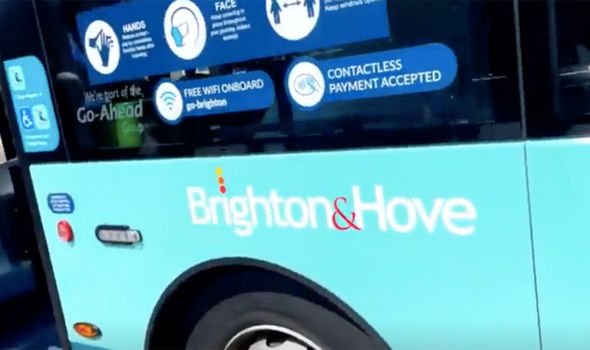 The officer then tells the woman that he will ask the driver to wait, with one of the passengers branding him as “scum” as he keeps the bus from moving.

The deadlock between the two eventually came to an end, as another officer told his colleague that “the vehicle is not staying here” and they needed to leave.

The officer ultimately departed the bus without issuing the £150 fine, though the council has stated that the clip “clearly shows” the challenges facing environmental enforcement officers.

They added that these officers have to deal with difficult people who “simply commit a crime then refuse to take responsibility” for it. 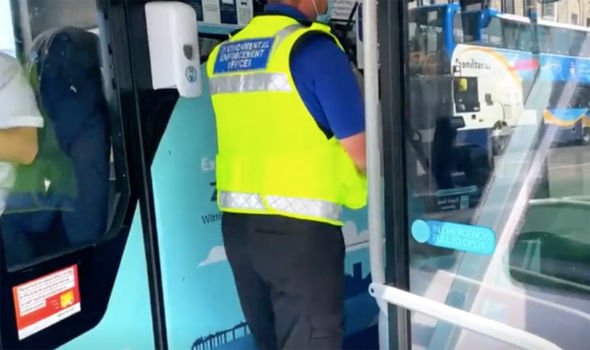 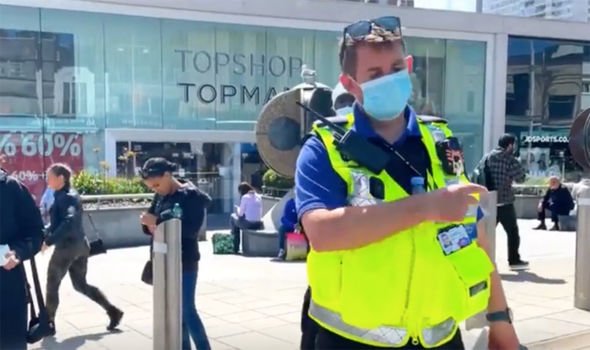 The person who filmed what happened said the council is “ignoring guidelines and legislation” by attempting to fine the woman before giving her the chance to pick her litter up.

They added that the woman was chased down by the officers for “several minutes” after picking the butt up.

According to Defra guidelines, offenders should “be given the chance to pick up the litter before a fixed penalty is issued”. 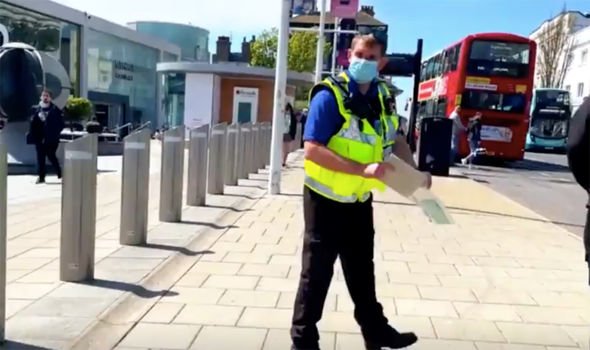 A spokesman for Brighton and Hove City Council said: “We have reviewed our officer’s bodycam and also spoken to him about the incident.

“His body camera and the Youtube footage clearly show how difficult carrying out enforcement is when people simply commit a crime then refuse to take responsibility for it and become abusive.

“The officer followed the offender onto the bus with the permission of the driver after she refused to provide her name and address.

“The interaction on the bus took longer than expected due to continual interruptions and abuse our officer was receiving while trying to carry out his job.

“We do try to warn offenders of fines, but this is not always possible once they have thrown away their litter and walked away with no intention of picking it up and binning it responsibly.”