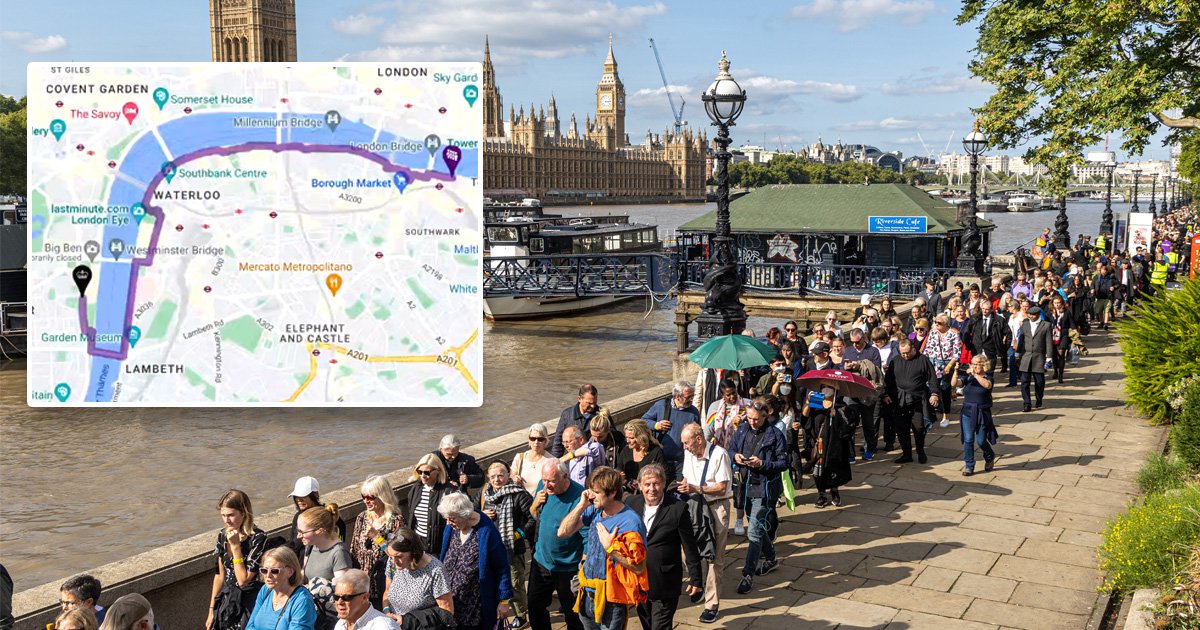 Royal fans can find out how long the mammoth queue to see the Queen lying in state is at any point of the day.

A live tracker on YouTube shows the line to get into Westminster Hall and see Her Majesty’s coffin is currently 2.2 miles long. It stretched to 2.5 miles earlier today.

An accompanying map, created by The Department for Digital, Culture, Media and Sport, shows the queue goes from Westminster to Borough Market.

But it’s estimated to grow even longer in the coming days – with waits of up to 30 hours estimated.

The Queen’s coffin arrived at 3pm today after the Royal Family accompanied her on foot in an emotional final farewell to Buckingham Palace.

Some mourners got there two days early in a bid to say goodbye to the country’s monarch of 70 years.

Barriers and portable toilets have been set up in Westminster in anticipation of up to one million visitors.

People will receive wristbands so they can leave to go to the toilet and get a drink.

Those queuing are asked not to try and save places for other people.

There is also to be no camping or leaving personal items unattended.

The Queen will lie in state for four days before the nation says goodbye at her funeral on Monday morning.

Badger cull: Thousands to be put down in seven new areas across England as government battles bovine TB