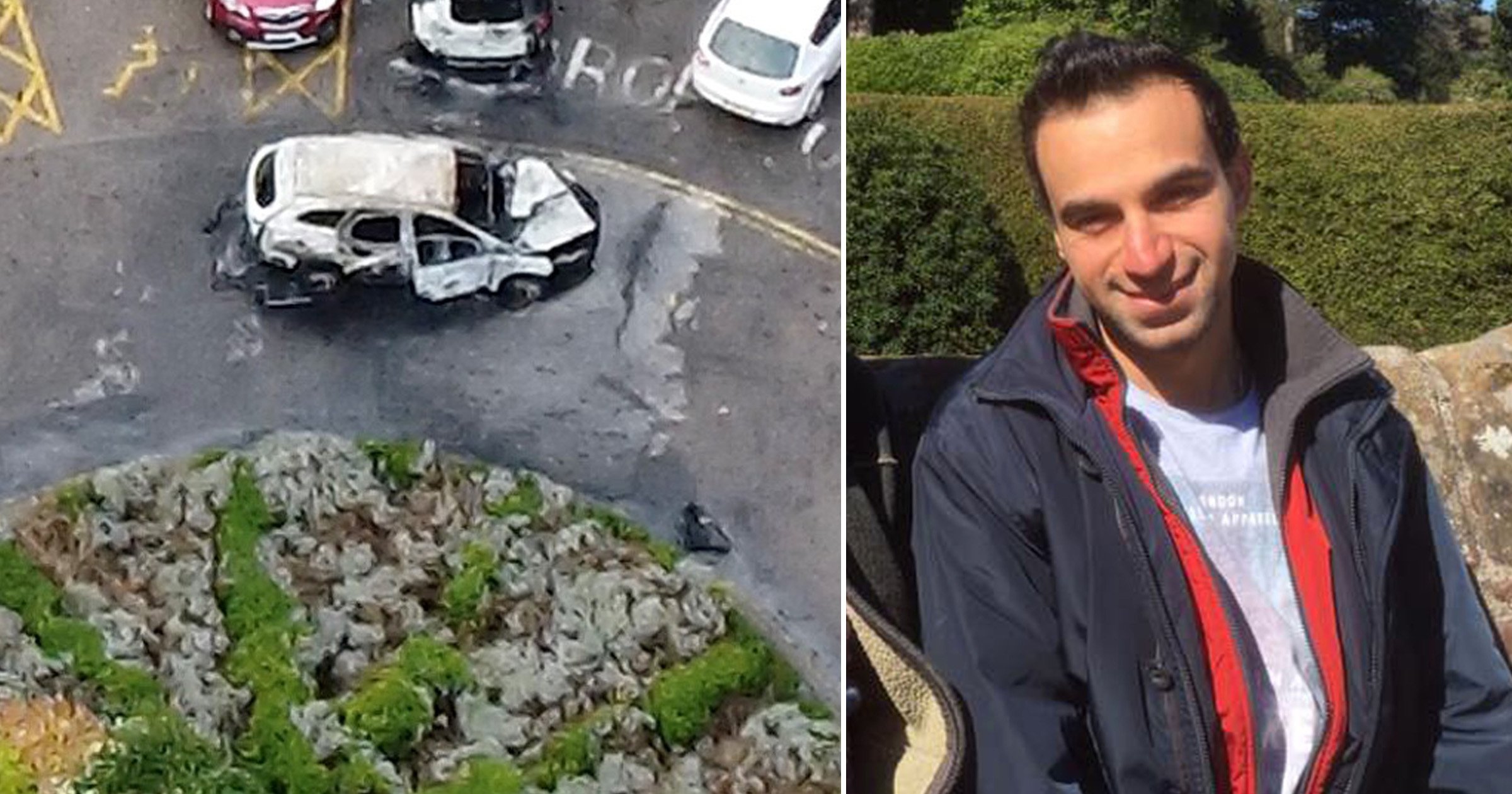 Al Swealmeen, 32, died when he blew up a taxi outside the Women’s Hospital, moments before the 11am two-minute silence on Remembrance Sunday.

The incident was declared a terrorist attack, but police are yet to find a motive.

The suspect had an application for asylum rejected in 2015 after arriving from the Middle East the previous year, but was still living in the UK.

He had converted to Christianity and a couple who took him in said they believed he was ‘absolutely genuine’ with a ‘real passion for Jesus Christ’.

Assistant Chief Constable Russ Jackson said that Iraq-born Swealmeen had rented a property in Liverpool seven months ago and had started making ‘relevant purchases’ for his homemade bomb ‘at least’ since that time.

In an update issued on Wednesday he said: ‘A complex picture is emerging over the purchases of the component parts of the device, we know that Al Swealmeen rented the property from April this year and we believe relevant purchases have been made at least since that time.

‘We have now traced a next of kin for Al Swealmeen who has informed us that he was born in Iraq.’

He also said that the 32-year-old asylum seeker had suffered from periods of mental illness that will ‘form part of the investigation and will take some time to fully understand’.

Mr Jackson added: ‘There is much comment in the media about Al Swealmeen and it is clear that he was known to many people.

‘We continue to appeal for people who knew him, especially those who associated with him this year as we try and piece together the events leading up to this incident and the reasons for it.

‘At this time we are not finding any link to others in the Merseyside area of concern but this remains a fast moving investigation and as more becomes known we cannot rule out action against others.’

Al Swealmeen was taken in by Malcolm and Elizabeth Hitchcott in Liverpool in April 2017.

Mr Hitchcott said he was ‘in no doubt’ that he was a genuine Christian and described him as a ‘lovely chap’.

The church worker told BBC Radio Merseyside: ‘He was with us for eight months, and during that time we saw him really blossoming in regards to his Christian faith.

‘He really had a passion about Jesus that I wish many Christians had, and he was ready to learn.

‘He was keen on reading his Bible and every night we used to pray – my wife and him, and if there was anybody else in the house – we prayed for half an hour or so and studied the scriptures. We had a great time together.’

Mr Hitchcott added: ‘He was absolutely genuine, as far as I could tell. When you live with somebody in a small terraced house… you learn an awful lot about people and how their habits are, how they relate to one another, the things they think about, it’s a good assessing ground.

‘I was in no doubt by the time that he left us at the end of that eight months that he was a Christian.’

Taxi driver David Perry escaped the car immediately after the blast and has since been discharged from hospital. There were no further injuries.

Mr Hitchcott said motor-racing fan Al Swealmeen changed his name to Enzo Almeni – after the Ferrari founder – to shorten it and ‘make it more European’ and ‘not for any ulterior motive’.

Describing the moment he found out what had happened, he told the BBC: ‘I just couldn’t believe it. I was absolutely stunned.’

He added that he hadn’t spoken to Al Swealmeen in four years and there may have been ‘changes in his personality and his beliefs’ since.

According to the BBC, Al Swealmeen attempted to lodge an appeal with the Upper Tribunal of the Immigration and Asylum Chamber after he lost his asylum claim and an appeal against the decision in a lower court.

But this attempted appeal was refused without it ever going to a full hearing, the broadcaster reported.

It is not known whether Al Swealmeen was warned he would be removed from the UK.

The Home Office said it does not comment on individual cases – despite Home Secretary Priti Patel already claiming that the suspect had exploited the UK’s ‘dysfunctional’ asylum system by staying in the country.