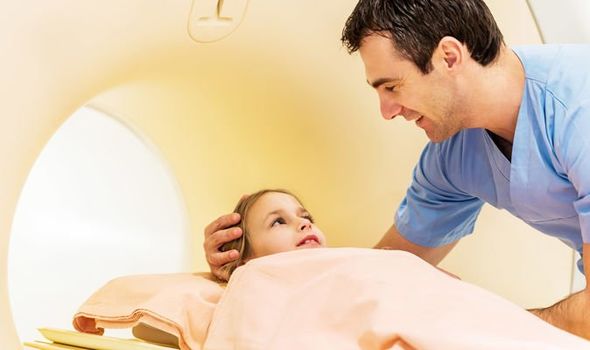 Chief executive Michelle Mitchell said funding committees would be making “incredibly difficult” decisions about where to make savings. She said: “The worst-case scenario is we may have to do the unthinkable and make 1,500 scientists across the UK redundant.” The shock news was described as a tragedy for a generation of scientists and doctors forced to find other jobs.

The doomsday scenario would mean unavoidable cuts to life-saving research, the charity said. No current projects will be halted but future trials of new drugs – described as a lifeline for patients who have exhausted other treatment options – are in serious danger.

Cancer Research executives are set to make what they say are “difficult decisions to significantly reduce how much it spends on beating cancer, its operations and the number of staff”.

It follows an anticipated £300million fundraising shortfall over the next three years.

The charity currently funds research in more than 90 UK universities, hospitals and institutes.

It would also mean cutting community engagement by 25 percent, with far less work on cancer prevention and early diagnosis.

Writing exclusively for the Daily Express, Mrs Mitchell says: “The severe drop in income for medical research charities due to the Covid pandemic is having a profound effect.

“For us it will mean we can fund less world-class cancer research and deliver less progress for patients in the worst-case scenario. 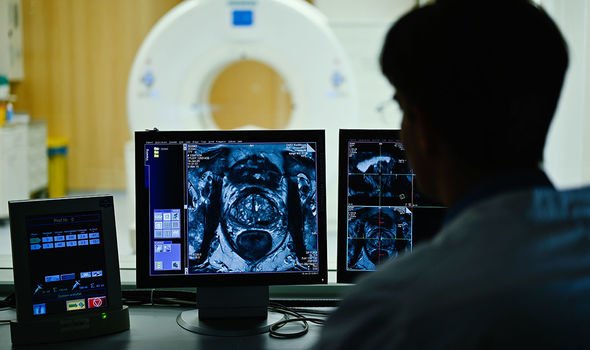 “Cancer Research UK predicts the total amount we could be forced to cut our research funding by is £150million a year and we have already announced cuts of £44million this year.

“This is a devastating blow to UK cancer research, especially when you consider we fund around half of all publicly funded cancer research in the country.”

Experts fear the loss of some of the world’s finest medical minds would seriously hinder advances in our understanding of cancer, which kills 165,000 in Britain every year.

The charity says it needs urgent Government aid to “help find a solution to this funding gap”.

To check coronavirus in your area, please fill in your postcode below.

Founded in 1902, it has been involved in some of the biggest recent cancer breakthroughs.

They include revealing in 2004 the shape of the faulty version of the BRAF protein which drives cancer cells to grow, paving the way for drugs like vemurafenib for skin cancer.

In 2015, it launched AddAspirin, the world’s largest clinical trial to find out whether aspirin could stop some of the most common cancers returning.

That year the use of olaparib was approved for women with advanced ovarian cancer. 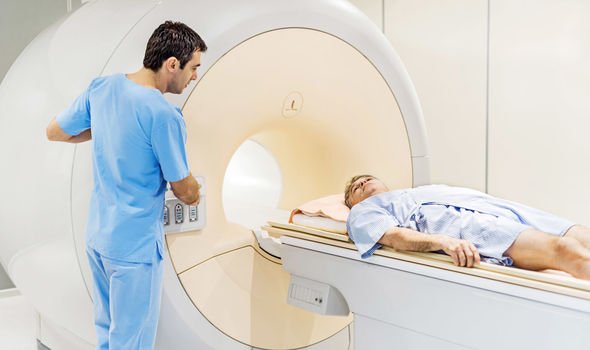 And in 2018 the charity launched two brain tumour centres of excellence and started recruiting patients for new pancreatic cancer trials.

The cuts blow also comes as it is feared hundreds of thousands are ignoring cancer symptoms because they cannot get a face-to-face doctor’s examination and urgent referral.

Experts fear a “staggeringly high” number of people have developed cancer but do not yet know it.

Last week NHS figures showed the number of urgent cancer referrals by GPs in July was down 19 percent on last year.

The devastating number was however an improvement from year-on-year falls of 47 percent in May and 21 percent in June.

Sara Bainbridge, of Macmillan Cancer Support, said: “Cancer must not become the forgotten ‘C’ during this pandemic.

“We urgently need the Government to deliver the promised recovery plan and make sure the NHS has all the staffing and resources it needs to get cancer services back on track.”

Daily Express columnist Professor Karol Sikora, former head of the World Health Organisation cancer programme, said: “The Express and myself have been campaigning for cancer patients to get a better deal from the NHS during the difficulties of recovering services.

“And it’s working – things are picking up. Diagnostic pathways have opened up again. But research is also vital. As Michelle Mitchell points out from the heart, it’s simply a disaster so many staff of Britain’s leading cancer charity are being made redundant.

“A whole generation of young scientists and doctors who will have to find other jobs – a real crisis.

Their skills and futures are at stake here.” Prof Sikora said that Covid had set back essential trials, the discovery of new drugs, assessment of precision radiotherapy such as proton beam and understanding novel immune therapies “for perhaps a decade”.

He said: “This is a tragedy for future cancer patients, not just in the UK but throughout the world.”

The professor added: We’ve seen service industries come up with imaginative solutions. We need the same ingenuity for cancer.”

Mrs Mitchell added: “It is with a heavy heart I can confirm we will have to reduce the size of our workforce and make significant cuts to our research spend as a result of the situation.”

Royal heartbreak: Why ‘happiness was never on cards’ for Princess Margaret