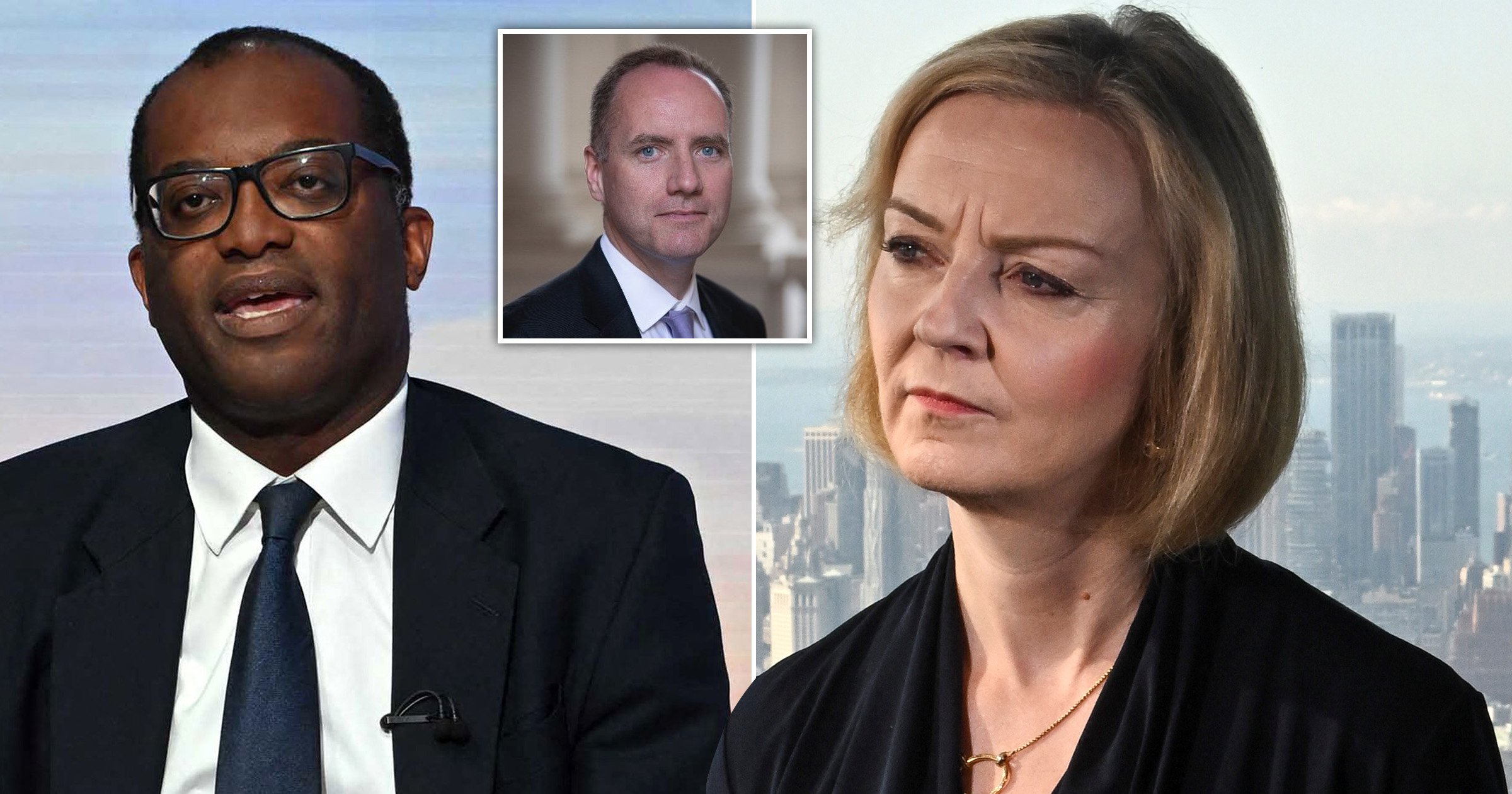 Liz Truss and Kwasi Kwarteng will meet with the Office of Budget Responsibility on Friday, in the latest effort to reassure markets and voters the current economic turmoil is under control.

Treasury and Downing Street sources hit back at suggestions it was an emergency meeting, but it comes after days of chaos in the financial markets and fears of rocketing mortgage bills sparked by the Chancellor’s mini-budget last week.

The pair will meet with Richard Hughes, the head of the independent spending watchdog pushed to the fore amid the political and economic fallout from Friday’s fiscal event.

News of the meeting was welcomed Chair of the Treasury Select Committee Mel Stride, one of the growing caucus of Conservatives with concerns about the Government’s plans.

He urged the meeting to be a ‘reset moment’, echoing earlier calls from fellow Tory MPs for a ‘plan B’ from the Government.

Sir Charles Walker offered the starkest warning so far about the electoral peril his party was in, after a YouGov poll for The Times showed Labour opening up a massive 33-point lead over the Conservatives.

He admitted that his party would be ‘wiped out’ if an election was called tomorrow, but ruled out the possibility of a leadership challenge against Ms Truss.

‘If there was a General Election tomorrow, there won’t be but if there was, we would be wiped out… we would cease to exist as a functioning political party,’ he said.

Both the Prime Minister and the Chancellor have said they are still committed to the plan, arguing that their £45 billion package of tax cuts is the ‘right plan’ for the economy.

And while declining to comment directly on the economic created by the mini-budget, Ms Truss told a round of BBC local radio interviews that her administration had to take ‘urgent action’ to kick-start the economy and protect consumers from rising energy costs.

During a visit to an engine plant in Darlington, Mr Kwarteng said the package he announced in the Commons on Friday was ‘absolutely essential’ if the economy was to generate the revenues needed to fund public services.

Fresh details also emerged on Thursday about the lack of an independent OBR forecast to go along with the fiscal event last week, with the OBR revealing that it had prepared a draft forecast for the new Chancellor on his first day in office.

The lack of such a forecast had been one of the issues that reportedly troubled the City after the Chancellor’s announcement.

In a letter to the Scottish National Party’s Westminster leader Ian Blackford and the party’s shadow chancellor Alison Thewliss, Mr Hughes confirmed that the body sent ‘a draft economic and fiscal forecast to the new Chancellor on September 6, his first day in office’.

He wrote: ‘We offered, at the time, to update that forecast to take account of subsequent data and to reflect the economic and fiscal impact of any policies the Government announced in time for it to be published alongside the “fiscal event”.’

He said that the OBR was not commissioned to produce an updated forecast, but confirmed that it would have been in ‘a position to do so to a standard that satisfied the legal requirements of the Charter for Budget Responsibility’.

Mr Kwarteng is also facing calls to bring forward his planned statement setting out how he intends to get the public finances back on track after the OBR said it could produce a preliminary set of forecasts by October 7.

The Chancellor is planning to deliver his medium-term fiscal plan explaining how he would get debt falling as a percentage of GDP, alongside the updated OBR forecasts, on November 23.

Mr Stride had earlier said it should be brought forward to late October – or even earlier – as there was an “urgent need” to increase the confidence of the markets.

Mr Kwarteng on Thursday brushed off suggestions his mini-budget had been a ‘major economic disaster’, while the Prime Minister told BBC Radio Leeds: ‘We had to take urgent action to get our economy growing, get Britain moving and also deal with inflation.

‘Of course that means taking controversial and difficult decisions but I am prepared to do that.’

The comments came after the Bank launched an emergency government bond-buying programme on Wednesday to prevent borrowing costs from spiralling out of control and stave off a ‘material risk to UK financial stability’.

It bought up to £65 billion worth of government bonds – known as gilts – at an ‘urgent pace’ after fears over the Government’s tax-cutting plans sent the pound tumbling and sparked a sell-off in the gilts market, which left some UK pension funds teetering on the brink of collapse.

On Thursday, the pound regained some ground, rising to above 1.1 dollars for the first time since last Friday.

Speaking in Northern Ireland, the Bank’s chief economist, Huw Pill, underlined warnings that they would have to sharply raise interest rates, noting that there was ‘undoubtedly a UK-specific component’ to recent market movements.

His comments contrasted with Ms Truss who, in her interviews, blamed ‘Vladimir Putin’s war in Ukraine’ for pushing up global energy prices.

Earlier, trade unions called for a ‘cast-iron guarantee’ there would be no more cuts to public spending after Treasury Chief Secretary Chris Philp confirmed Whitehall departments had been instructed to carry out an ‘efficiency and prioritisation exercise’ in an effort to find savings.

Speaking to broadcasters, Mr Kwarteng said that despite the pressures on the public finances, the Government would maintain the state pension ‘triple lock’ but refused to commit to uprating benefits in line with inflation.

‘It’s premature for me to come to a decision on that, but we are absolutely focused on making sure that the most vulnerable in our society are protected through what could be a challenge,’ he said.

Grandparents facing arrest 'prepared to do anything' at XR protests