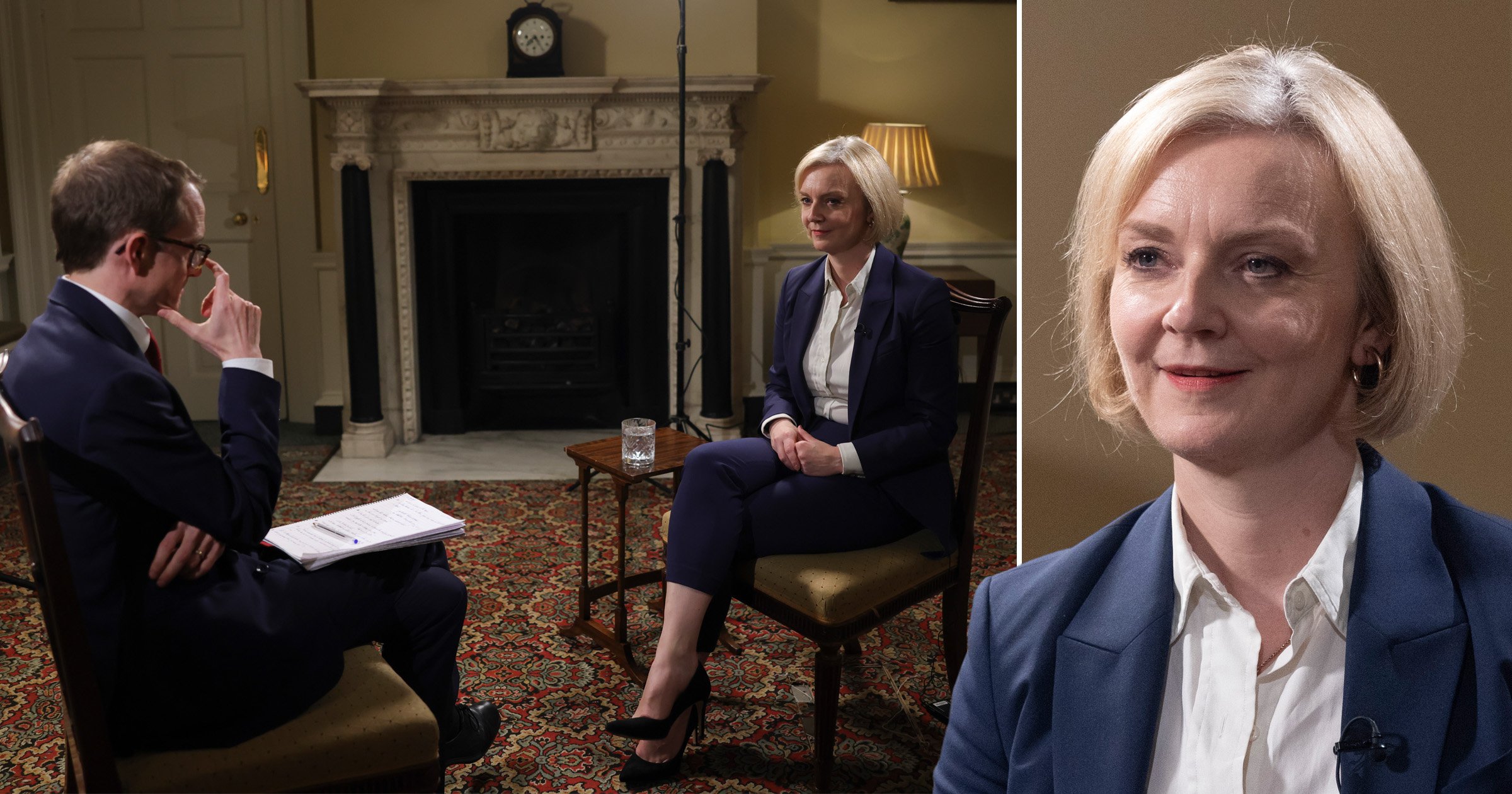 Prime Minister Liz Truss said ‘sorry’ for her ‘mistakes’ and has pledged to lead the Tories into the next general election.

The PM has been under increasing pressure after a disastrous first six weeks in Number 10.

She admitted to MPs she had made a series of mistakes – after a day in which her economic plans were almost totally dismantled and authority left in pieces.

Speaking in a BBC interview she said she has ‘adjusted what we’re doing’ after the Government’s fiscal policies spooked the markets, putting in place a new Chancellor with a fresh strategy to ‘restore economic stability.’

She said: ‘I do think it is the mark of an honest politician who does say, yes, I’ve made a mistake’

Speaking after Jeremy Hunt scaled back the energy support package and ditched ‘almost all’ the tax cuts announced by his predecessor, Ms Truss said she wanted to ‘accept responsibility and say sorry for the mistakes that have been made’.

She told the BBC: ‘I wanted to act… to help people with their energy bills to deal with the issue of high taxes, but we went too far and too fast. I’ve acknowledged that,’

She said she is ‘sticking around’ because she was ‘elected to deliver for this country’, adding: ‘I will lead the Conservatives into the next general election.’

The pressure on the Prime Minister gained traction on Monday evening with five Tories now openly calling for her to go after just six weeks in power.

The PM faces an increasing struggle to survive after new Chancellor Jeremy Hunt tore up her flagship fiscal policies to ensure market ‘stability’.

He seemingly seized control of the government’s agenda barely three days after he was brought into No11 to replace Ms Truss’s sacked ally Kwasi Kwarteng.

Earlier today Truss also did not show up for Sir Keir Starmer’s urgent question because she was allegedly in a meeting with Sir Graham Brady, sources said.

She was held up in a ‘private’ and ‘pre-planned’ talk with the chairman of the 1922 Committee this afternoon, it was confirmed.

However she has now apologised to a host of Tory MPs in the One Nation group at a private meeting.

Her press secretary told journalists Truss admitted ‘we tried to do too much too quickly’ and added ‘The Prime Minister said she was sorry for some of the mistakes that have been made over the last few weeks.’

She stressed the need to push through the energy package and change to National Insurance contributions ‘quickly’, he added.

Ms Truss also condemned briefings against some parliamentary colleagues in the newspapers over the last couple of weekends, her press secretary said.

Meanwhile, she ‘confirmed her presence’ at Cop27, and ‘made clear that she does not decide where the King goes’.

There was no point on Monday at which Liz Truss thought her time was up, according to her press secretary.

He said her general mood had been ‘determined’ to do ‘what’s best for the country and deliver the Growth Plan’.

MPs in the meeting gave slightly different accounts, with Simon Hoare suggesting she did apologise but not in so many words.

He told journalists: ‘I think she, in a very sincere way – and I was struck by her sincerity… she was candid that mistakes had been made. I think some of those mistakes she admitted were avoidable mistakes. But I thought that the tone, the language that she adopted, indicated a clear apology, without… flagellating herself in the middle of the room.’

Asked if that meant she apologised without saying the words, he said: ‘That’s a good way of describing it, yes.’

Alec Shelbrooke, MP for Elmet and Rothwell, said she did not say sorry while he was in the meeting, but he only got there part-way through.

Pressed on whether she said the words ‘I am sorry’, Ms Truss’s press secretary said: ‘Yeah.’

Following the conclusion of a meeting of the One Nation group of Tory MPs, journalists were also told there are no plans for a further reshuffle of the Cabinet.