Home » Europe » Liz Truss husband—Who is Hugh O’Leary and what does he do?

Liz Truss shut down by Beth Rigby over benefits row

Prime Minister Liz Truss is set to make a keynote speech at the Conservative Party Conference on Wednesday after a divisive week, marred by a row over a possible squeeze on benefits and a U-turn on tax. While Ms Truss faces her greatest challenge yet in her short time as Prime Minister, Express.co.uk looks at her husband, Hugh O’Leary, and what we know about him.

Mr O’Leary is an accountant. The eldest of three siblings, he grew up in Allerton, Liverpool, the Times reports, before later moving to The Wirral. His mother was a nurse and his father a lecturer and solicitor.

He studied econometrics and mathematical economics at the London School of Economics before becoming a chartered accountant.

A former neighbour of Mr O’Leary’s told The Times that Hugh was always “much more serious” than his younger siblings and “he was very earnest and very quiet, but a lovely boy.”

He met Ms Truss at the Conservative Party Conference in 1997, when she was just 22. Just three years later, they married. The Prime Minister told You magazine in 2019 about her first date with Mr O’Leary, saying: “I invited him ice skating and he sprained his ankle.” 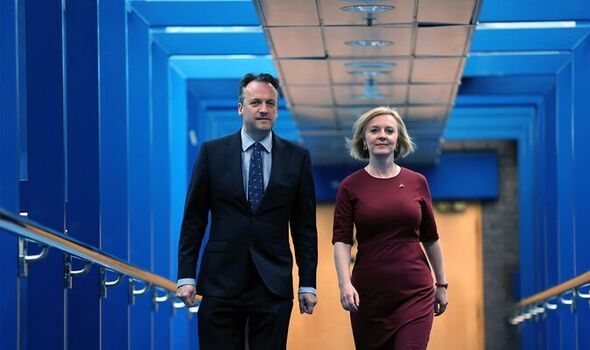 In 2006, traditionalist members of her local Tory association tried to have Ms Truss deselected after it emerged that she had been having an affair with then Conservative MP Mark Field.

Mr Field was working with Ms Truss to help her get elected when the affair happened. It lasted 18 months after starting in June 2005.

The affair was revealed by the Daily Mail at the time. When the newspaper asked Mr O’Leary about it, he replied: “I don’t want to talk about it.”

Mr O’Leary forgave Ms Truss, and the couple remain married now. In the 2019 interview with You Magazine, Ms Truss responded in a coy fashion when she was asked about how she felt when the affair became public. She did say, however: “I am really happily married.” 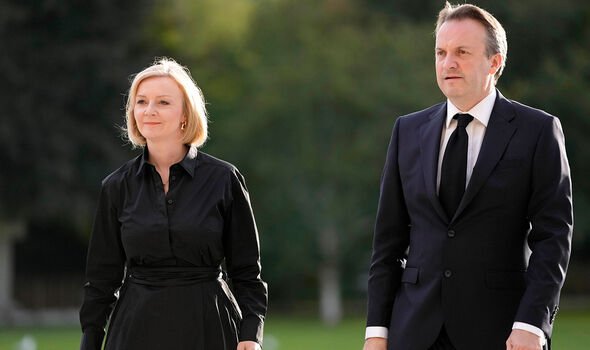 In 2019, she also posted a picture of herself on social media with her husband captioned: “Love of my life.”

The Prime Minister once joked that she can rely on Mr O’Leary’s accountancy skills when it comes to getting advice on economics. She said: “Whenever I want a late night discussion about supply-side reform or econometrics, there’s always someone on hand.”

They have two daughters – Liberty and Frances – and the family reportedly split their time between London and Ms Truss’ constituency in South West Norfolk.

Mr O’Leary once tried himself to enter the world of politics. He was unsuccessful when he stood at the 2002 local elections for a seat on Greenwich council, losing in Greenwich West with 447 votes. 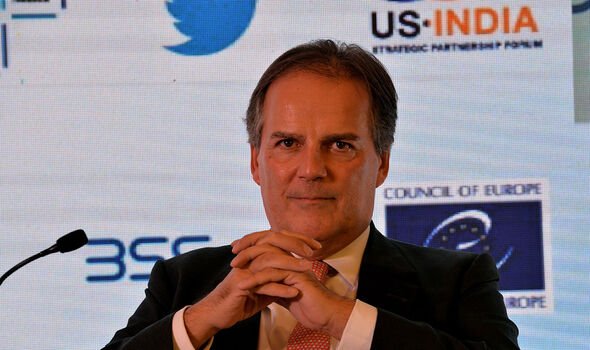 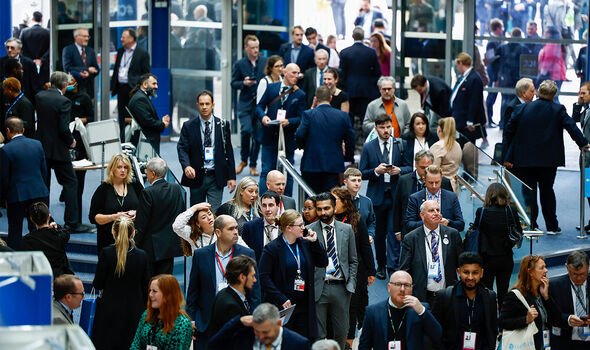 Ms Truss may be fearing a similar electoral disaster in 2024 as polls put the Labour Party miles ahead. A new poll by Savanta ComRes this week puts Labour 25 points ahead of the Conservatives.

The pollster said that this is the biggest ever Labour lead recorded by the company and could see the Tories in opposition for a generation.

“If this played out at a general election, the Conservative Party could be pretty much wiped out, and Labour would have such a commanding lead it could put the Conservatives out of power for generations.”