Police were called to reports of a group of males fighting on Josephine Avenue in south London just after 6pm yesterday. Officers attended along with paramedics from London Ambulance Service (LAS).

A man in his 30s who had been knifed was treated at the scene before being rushed to hospital.

A second man, who also had stab wounds, was arrested on suspicion of attempted murder.

He was treated in hospital before being taken into custody.

Police then stopped a vehicle driving away from the scene on Coldharbour Lane.

Three men were arrested on suspicion of attempted murder with one tasered.

Two had stab wounds and were taken to hospital.

A further three males were arrested at the scene on suspicion of attempted murder.

There are a number of crime scenes in place and officers are continuing enquiries.

Police are awaiting an update on the condition of the three men in hospital. 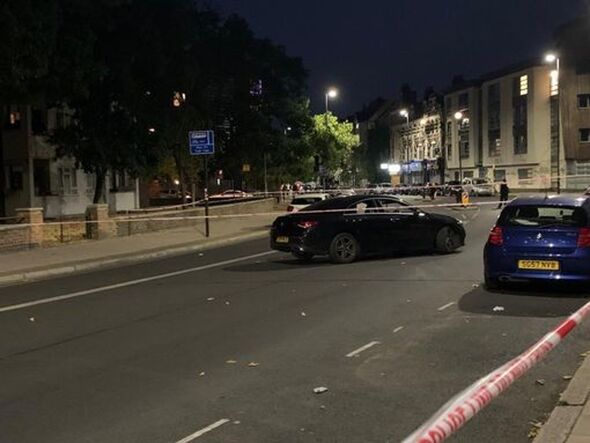 It comes after London Mayor Sadiq Khan suggested that longer days, the school holidays and summer heatwaves are to blame for a recent surge in violent crime in the capital.

Mr Khan told LBC on Thursday: “We have seen over the last few days, the last week, a number of awful homicides.

“I’m afraid this summer we are seeing what we feared, which is an increase in violent crime… there are longer daylight hours, school holidays, a heatwave and so forth.

“We are working with the police to suppress that violence.”

On what measures are being taken, he said authorities are supporting communities to keep young people busy this summer with constructive activities.