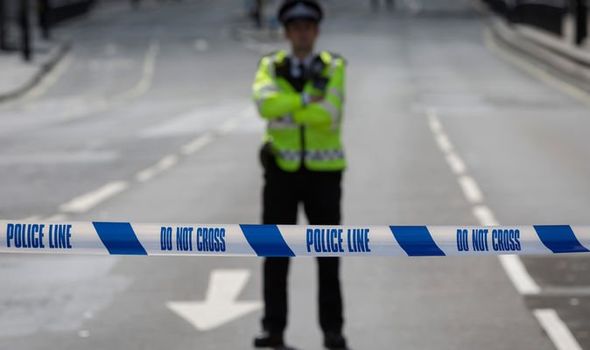 The victim was found knifed to death in Alton Street, Poplar, at around 2pm today. His death marks the third murder investigation launched by officers in the capital in 24 hours. A spokesman for the Metropolitan Police said: “Police were called by London Ambulance Service at 1.58pm on Saturday, June 15, to reports of an injured man at Alton Street, E14.

“At the scene a man, aged 30s, had suffered stab injuries. He was sadly pronounced dead at the scene at 2.37pm.

“A crime scene has been established. Officers from Tower Hamlets investigate.

“Enquiries are underway to notify next of kin. A post mortem will be scheduled in due course.

“At this early stage there have been no arrests and officers retain an open mind as to motive.”

On Friday a teenager was stabbed in Deeside Road in Wandsworth, south west London.

Emergency services rushed to the scene at 4.42pm but the man in his late teens was pronounced dead at the scene.

Just 12 minutes later, in a separate incident, police were called to Hartville Road in Plumstead to reports of a shooting.

A man believed to be in his late teen was found with critical injuries and sadly died at the scene.

London Mayor Sadiq Khan said he was “sickened” by the deaths of the two young men.

Police arrested six people in connection with the Wandsworth knife attack and four people, including one woman, in relation to the Plumstead shooting.

Anyone who witnessed this stabbing or has information is asked to contact Tower Hamlets CID on 101 quoting CAD4256/15JUN, Tweet @MetCC, or call Crimestoppers anonymously on 0800 555 111.