Sadiq Khan grilled by Susanna Reid on knife crime in 2019

Officers were called at about 1.30am this morning to reports of a stabbing in Plumstead High Street, SE18, along with paramedics.

They found two men, aged 21 and 23 years, who were suffering from stab injuries.

Both were taken to hospital. Although neither is believed to be in a life-threatening condition, the younger man’s injuries have been assessed as potentially life-changing. 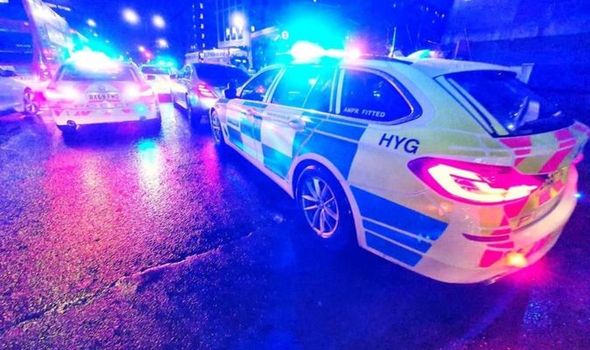 A police spokesman said: “A crime scene remains in place. There have been no arrests in connection with this incident.

“Enquiries into the circumstances are under way led by officers from the Met’s South East CID.”

Anyone who witnessed the incident or has information which may assist police is being asked to call 101, ref 501/29may, or to remain anonymous contact Crimestoppers.

The attack comes the day after police launched a murder inquiry after the death of a 74-year-old man in nearby Lewisham – although there is no suggestion of any connection between the incidents.

Also yesterday, a man was found with gunshot wounds at Turnpike Lane in north London.

Despite efforts from emergency services, he later died of his injuries at 1.55am.

In addition, Black Lives Matter activist Sasha Johnson is currently in critical condition in hospital after she was shot in the head at a party in Peckham.

Four men have since been arrested.

Gyimah baffles Sky host with confusing stance on Boris Brexit deal – ‘So you support it?’

As BA retires its 747 fleet, we celebrate the game-changing jumbo jet