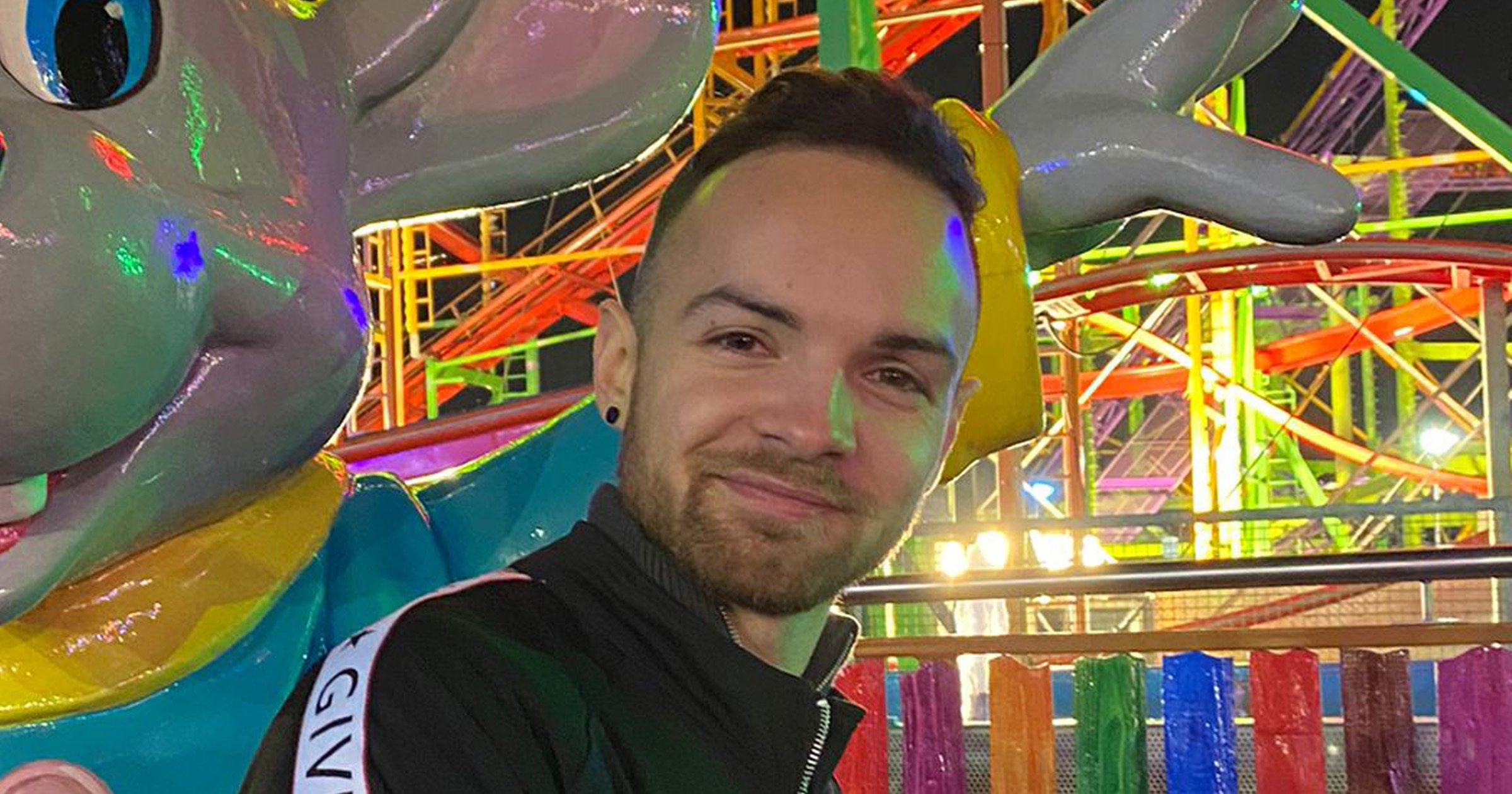 A gay man says he was trapped on a London bus by a driver who shouted at him that he was ‘confusing children’.

Connor Cunningham was on his way home after partying at Fire Night club on January 16 when the Transport for London worker allegedly launched into a homophobic tirade against him.

Before getting on the bus, the 28-year-old had shared a goodbye kiss with his date as it pulled up at the stop in Vauxhall.

By the time he reached the final stop near his home in Marylebone at around 9am, he said he was the last passenger left – and claims when he came down from the top deck the driver would not open the doors to let him off.

Instead, Connor says she started shouting at him that she had seen him kiss another man.

Connor, who moved to the capital from Kent a year and a half ago, told Metro.co.uk: ‘The bus driver had not opened the doors, so at first I said “Excuse me driver”. The doors remained closed and I began to hear shouting from the driver.

‘She kept shouting and I then asked “Sorry driver what did you say?”, being polite as I had no idea what she was shouting about.

‘I was in utter shock and disbelief from her words and the fact I was still kept in the bus I thought I had to be careful with what I say.

‘I then responded “I did not realise I was going to have a homophobic bus driver”.

‘Then just as I was responding she had opened the doors for me.’

At first, Connor was unsure whether he should report the incident, but his parents persuaded him to and he spoke to a police officer the following day.

The Metropolitan Police, however, decided not to record the incident as a hate crime, because they said that while ‘tasteless’, it did not meet the threshold for a criminal offence.

A spokesperson for the force said: ‘Officers met the man. They discussed his concerns but, based on the information provided and lack of available evidence and witnesses, it was determined that no further police action would be taken.’

Connor was advised to submit a complaint to Transport for London (TfL), which operates buses in the city.

Initially, a customer service advisor sent him an apology but his complaint quickly turned into a case of ‘her word against yours’ as the driver had ‘categorically denied making any homophobic remarks’.

He was told a note of this complaint has been left on her file, however, there was no mention of any further investigation into his claims.

Shortly after Metro.co.uk contacted TfL for a comment, Siwan Hayward, director of compliance, policing operations and security apologised for the blunder.

She said: ‘Everyone is welcome on our transport network, and we stand together against homophobia and hatred in all its forms.

‘All passengers have the right to travel without fear of abuse and making public transport be safe and feel safe is an absolute priority for TfL.

Conor said he found TfL’s initial response to be ‘frustrating’ as the bus driver seemed to be getting away with ‘just a slap on the wrist’.

Connor pointed out that if all buses had working CCTV cameras and audio equipment, then his case would be much stronger.

He added: ‘I am happy that at least something has been done and that I reported it. Maybe next time she will think twice about it.’

Teen charged with attempted murder of child at Tate Modern