More than 1,600 London bus drivers are due to walk out next week after members of the union, Unite, said London United “failed to make a reasonable pay offer”. The strikes will take place across two days, and one will coincide with the day TfL Tube workers walk out over similar disputes.

Unite said the London bus strike action comes after the company only offered a pay increase of 3.6 percent in 2022 and 4.2 percent next year, which has been described as a “real terms pay cut” against rocketing inflation rates.

“Unite’s members play a crucial role in keeping London moving and they are not going to accept seeing their pay constantly eroded.

“Unite does what it says on the trade union tin and always defends the jobs, pay and conditions of its members. 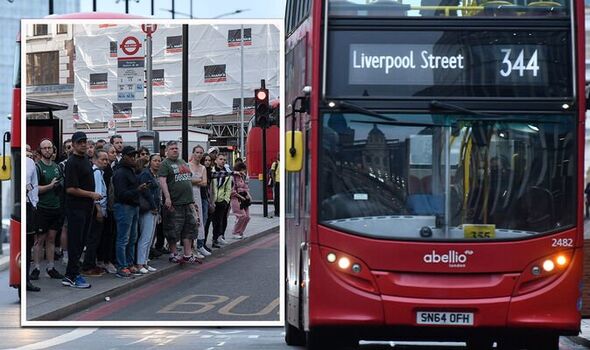 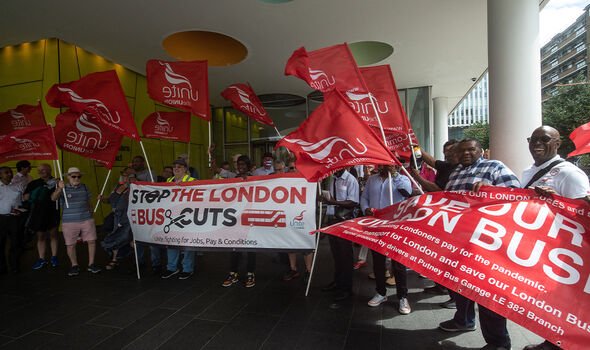 “Our members at London United will receive the union’s complete support until this dispute is resolved and a fair pay offer secured.”

When are the London bus strikes?

The London bus strikes are scheduled to take place on Friday, August 19 and Saturday, August 20.

If the strikes go ahead, the bus routes affected will include: 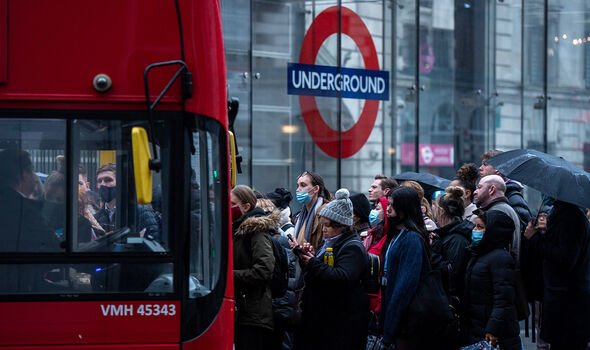 “This dispute is of the company’s own making, it can make a fair pay offer to its workers but has chosen not to, so it now faces the prospects of a highly disruptive strike action.”

Friday’s bus strike will coincide with London Underground’s strike over pay and it’s the fifth strike of the year so far.

Tube workers will walk out for 24 hours on Friday, August 19, in which TfL is advising passengers to walk and cycle where possible and complete all essential journeys by 6pm.

RMT leader Mick Lynch said: “Our members will once again take to picket lines in this important dispute over pensions, jobs and conditions.

“They have been messed around by Transport for London and Mayor Sadiq Khan.

“Unless there can be assurances made about jobs, pensions and detrimental changes to working conditions, then our strike on August 19 will go ahead.”