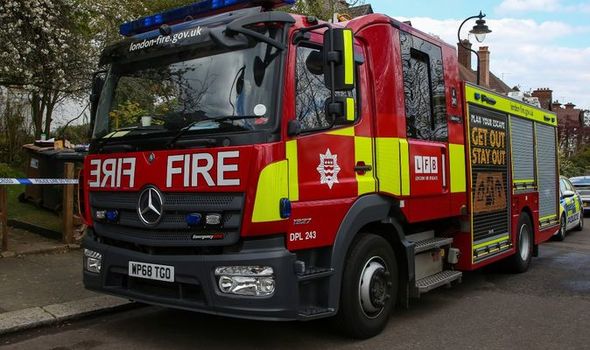 The London Fire Brigade reported 10 fire engines had been called to an incident on Tooley Street, South-East London.

A further, 70 firefighters were called to the fire near Tower Bridge.

At this stage, it is unsure what sparked the fire, or if there have been any injuries.

A statement from the fire brigade revealed units had been sent to a hotel fire.

Part of a room on the 10th floor is also alight as units battle the blaze this evening.

A statement read: “Ten fire engines and around 70 firefighters have been called to a hotel fire on Tooley Street near Tower Bridge.

“Part of a room on the 10th floor of the building is alight.

“The Brigade was called at 1734. Fire crews from Dockhead, Old Kent Road, Lambeth, Bethnal Green, Dowgate and surrounding fire stations are at the scene.

“The cause of the fire is not known at this time.”