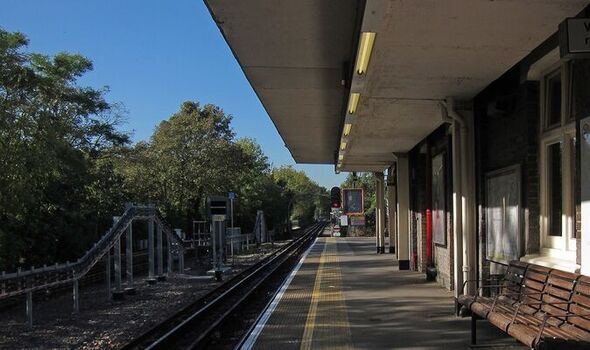 Chiltern Railways urged passengers to not travel on their service due to disruption and to seek alternate routes. Michael Greenwood, Reach head of news wires, said an announcement on the platform had told commuters: “Collapsed tunnel due to rain near Marylebone”.

London was hit by a fierce thunderstorm yesterday afternoon which brought a large volume of rain after a series of extremely dry months.

Mr Greenwood added that a member of station staff had said it was “probably just a few bricks” that would be repaired as “a priority”, but “I doubt it will be sorted today”.

Chiltern runs trains solely out of the London terminal north-west, through Oxfordshire and Warwickshire into the West Midlands.

announced the service disruption just after 8am this morning (Wednesday), stating at 8.25am that there was just one train an hour running stopping services from Birmingham and Oxford, terminating at West Ruislip – the first station on the line with a Tube connection.

Meanwhile, one train an hour would run from Aylesbury to Harrow, the closest station on the branch to Marylebone.

The train operator said tickets were being accepted on the London Underground and other train lines.