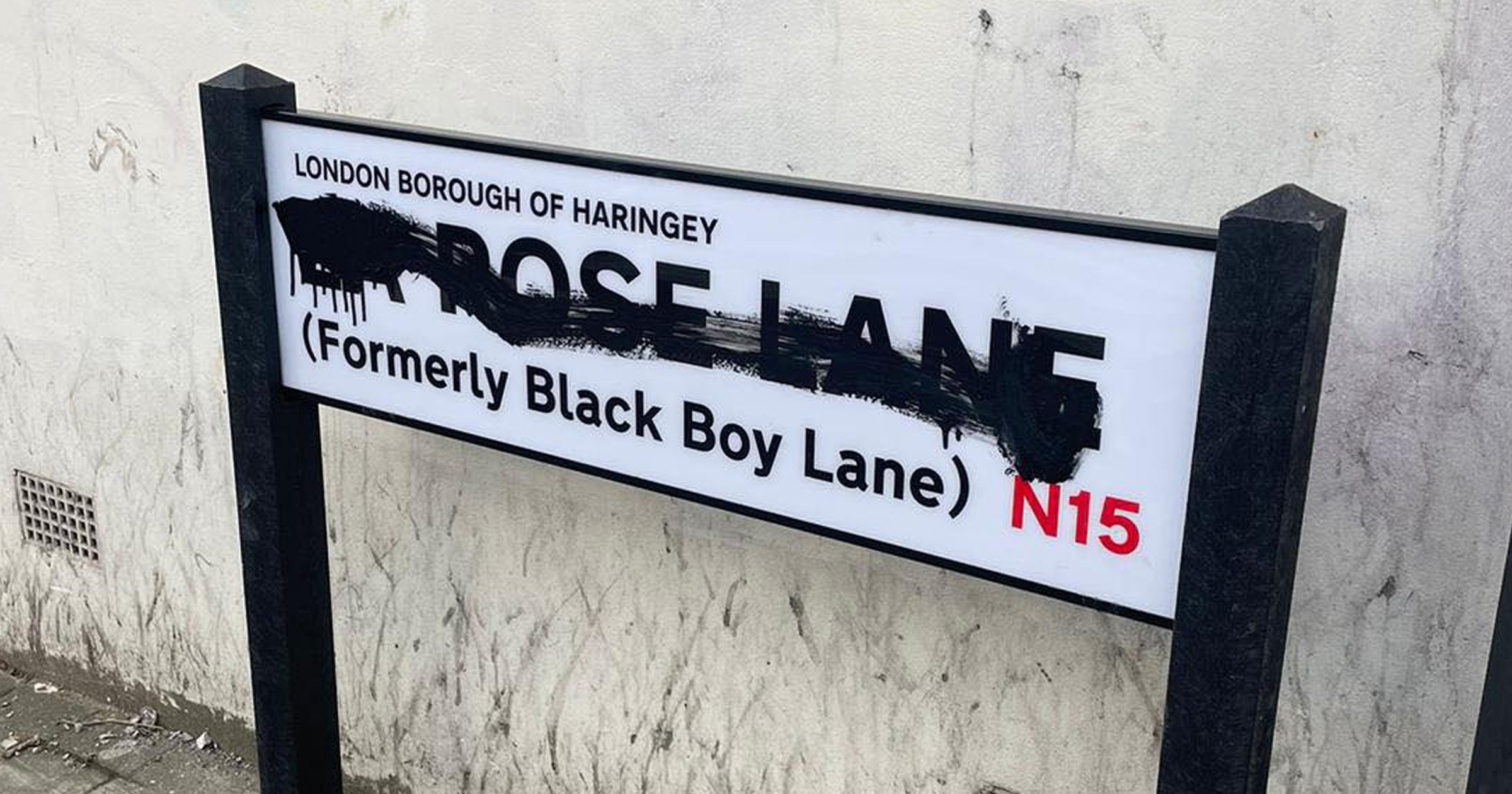 A road that was renamed over concerns about its racial connotations has had its new sign vandalised just a day after it was unveiled.

But just 24 hours later black paint has been daubed over the new street sign.

The renaming follows the anti-racism protests sparked by the murder of George Floyd in the hands of US police in 2020.

Since his death, a number of statues and place names have been attacked for their racist connotations and links to the UK’s colonial past.

It is thought that Black Boy Lane was named after a pub in the late 17th century.

The decision to change the street name to ‘La Rose Lane’ was made by the council in February last year.

The new name is inspired by the black publisher John La Rose, a Haringey local who was a political activist and launched New Beacon Books in 1966.

But heritage campaigners, Save Our Statues, alleged that the name change has cost Haringey Council £180,000 of public money.

The group said that the change was a ‘futile gesture’.

Founder Robert Poll said: ‘This move is representative of the current impulse to hunt out racism and offence where there is none as a performative display of virtuousness.’

At least 70 residents were also previously reported to have derided the plan as ‘tokenistic’ and an ill thought out ‘vanity project’ which could lose the history of the area.

‘We had a memorable launch yesterday where we celebrated the life and legacy of John La Rose with his friends and family present to remember an iconic figure.

‘La Rose Lane makes visible a political history few people will know about because it has been rendered invisible. A history of struggle and resistance, which transformed this nation. When people see John’s name they will have the opportunity to discover and learn.

‘I fully understand that this is a decision that has generated passionate responses and our corporate committee took those full range of views into consideration when deciding to change the name of the road.

‘An act of mindless vandalism will simply not be tolerated in Haringey. Now is the time to move forward and come together to honour the legacy of John La Rose and the many other black residents who have made such a huge contribution in the borough.’