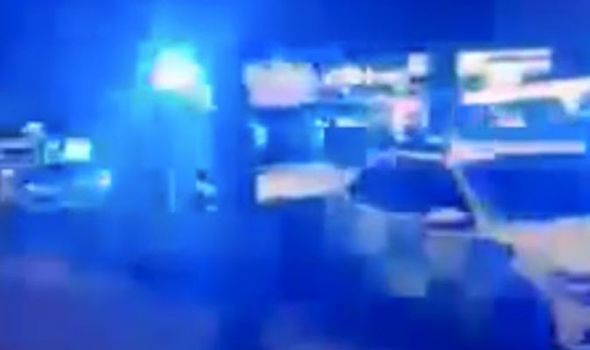 Met Police officers, attending with London Ambulance Service, found one of the men also had stab injuries. The force was called at around 7pm to reports of a shooting in Upton Lane, E7.

It is not being treated as terrorism. There have been no arrests so far.

In a statement, Metropolitan Police said: “Officers attended along with London Ambulance Service and found three men with gunshot injuries. One of the men also had stab injuries.

“They were taken to an east London hospital and we await an update on their conditions.

“A crime scene remains in place and enquiries into the circumstances of the incident are ongoing. It is not being treated as terrorism. At this early stage of the investigation, there have been no arrests.

“To prevent further violence in the area a Section 60 has been authorised for the borough of Newham. This applies until 3pm on Saturday, October 9 and gives officers additional stop and search powers.”

Anyone with information about what happened if urged to call police on 101 quoting CAD 6941/08Sep. To remain anonymous contact Crimestoppers on 0800 555 111.