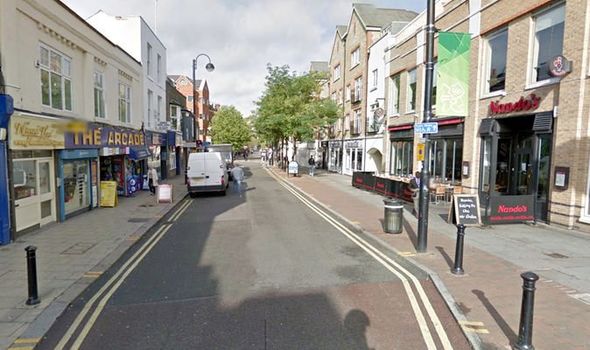 It is the latest murder involving a blade to strike the capital which is in the grip of a knife crime epidemic. Met Police officers were called to reports of a stabbing on the High Street in Uxbridge at 4.40pm today. They found a boy who had been knifed in the chest and he was rushed to hospital.

He was pronounced dead at 5.25pm and a murder investigation has been launched.

A second boy also suffered a knife injury to his ear, Scotland Yard said in a statement. His injuries are not life threatening.

No arrests have been made and police remain at the scene this evening.

The stabbing comes the day two teenagers were found guilty of murdering Girl Scout Jodie Chesney in east London in March in a murder which caused national outrage over London’s knife crime epidemic.

The local force has authorised a Section 60 order to be in place until 8.37am tomorrow.

It gives police the power to stop and search anyone in a prescribed area without probable cause.

Enquiries are underway to notify next of kin of the teenage boy whose exact age has not been released by police.

Brexit showdown: Boris hits back at Remoaners trying to sabotage no deal ahead of EU trip