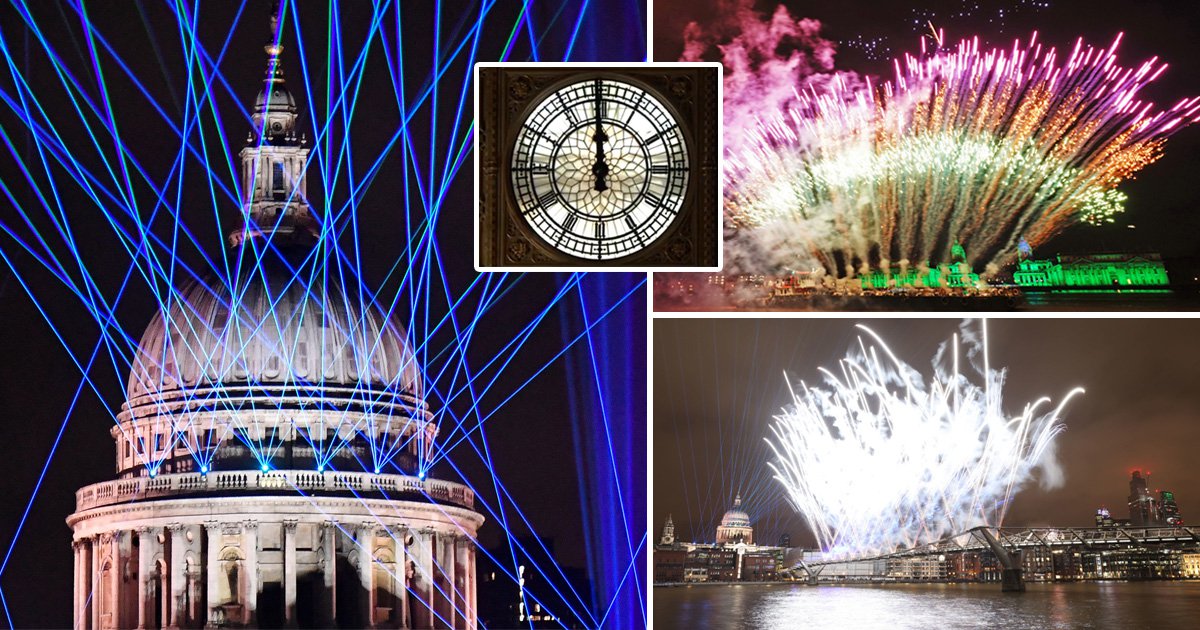 London welcomed 2022 with a spectacular display featuring fireworks, drones and a light show.

People were urged to enjoy the celebrations from the safety of their own homes, with details withheld to try and prevent crowds gathering amid the ongoing surge in Omicron cases.

The famous fireworks display had been cancelled for a second year in a row due to ‘uncertainty’ surrounding the pandemic.

But London Mayor Sadiq Khan revealed on Friday that the spectacle had been given the green light to go ahead with just hours to spare.

Speaking to Sky News, he promised a ‘live spectacular broadcast showing the defining moments of 2021 and showcasing some of the best things to come next year’.

With the UK consistently reporting record daily rises in the number of new coronavirus cases, all four nations urged people to take a test before heading out and to celebrate cautiously.

But while Prime Minister Boris Johnson has so far resisted implementing further restrictions over and above the current Plan B measures, Scotland, Wales and Northern Ireland have all done so.

Hogmanay celebrations were cancelled across Scotland for a second year.

Before Christmas, First Minister Nicola Sturgeon urged people to ‘stay at home as much as possible’.

Despite the rules, about 1,000 people of all ages climbed to the top of Edinburgh’s Calton Hill to make the traditional countdown to the bells at midnight.

New limits on large public gatherings forced the cancellation of New Year’s Eve street parties, for the second year, including the one planned for Edinburgh which attracts tens of thousands of people.

Hogmanay street parties across Scotland were cancelled, with crowds at outdoor public events capped at 500 since Boxing Day, for at least three weeks, and numbers at indoor public events limited to 100 standing or 200 seated.

Nightclubs have been shut in all three devolved nations, but remain open in England.

Reports suggested revellers from Wales and Scotland could just nip across the border for a New Year’s knees-up.

Coronavirus rates in England MAPPED: Full list of where COVID-19 cases are rising