Striking X-ray images of animals at London Zoo have been released.

The pictures were taken while routine health checks were carried out on the zoo’s 18,000 animals – and include scans of snakes and armadillos.

An image of Cornelius, a corn snake, features hundreds of vertebrae – compared to the 33 inside a human.

ZSL London Zoo veterinary nurse Heather MacIntosh said: “We can tell so much about an animal’s health from looking at an X-ray – from the strength of their bones to how healthy their heart is. 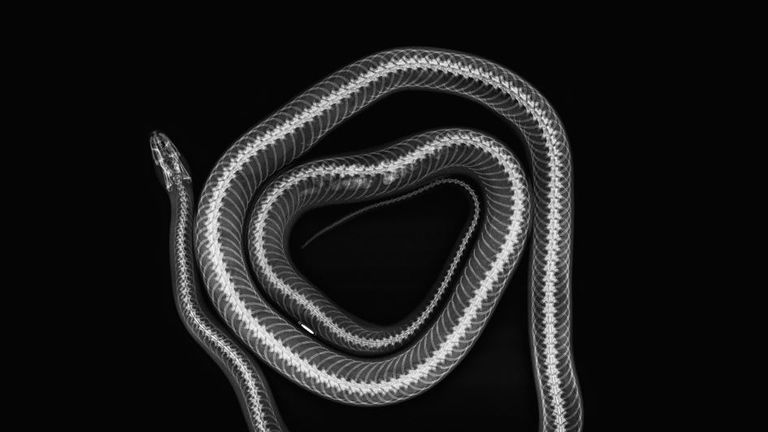 “They’re vital to our work – and even though we get to see unique X-rays fairly often, we still think that they’re absolutely fascinating.

“Most people can recognise a human X-ray, but they probably haven’t seen the individual segments of a large hairy armadillo’s exoskeleton, or the long tail bones of a big-headed turtle.” 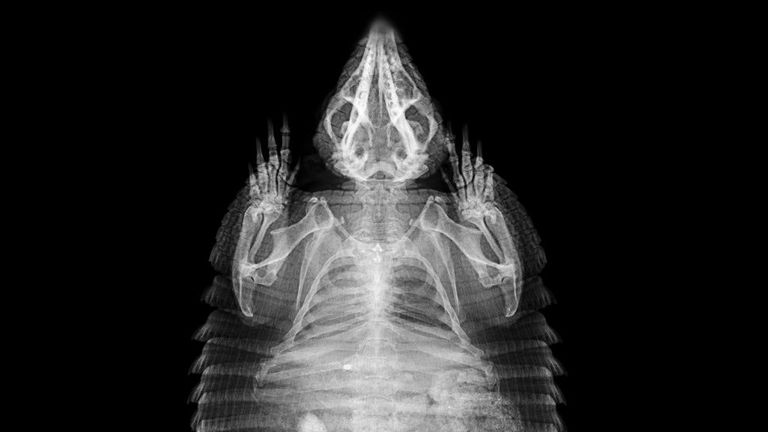 “My favourite X-rays are definitely the snakes – humans have 33 vertebrae, while snakes have between 200 and 400, which is how they’re so incredibly agile – it’s amazing to see it on screen.”

The health checks carried out on the animals also involve weighing and measuring every resident. 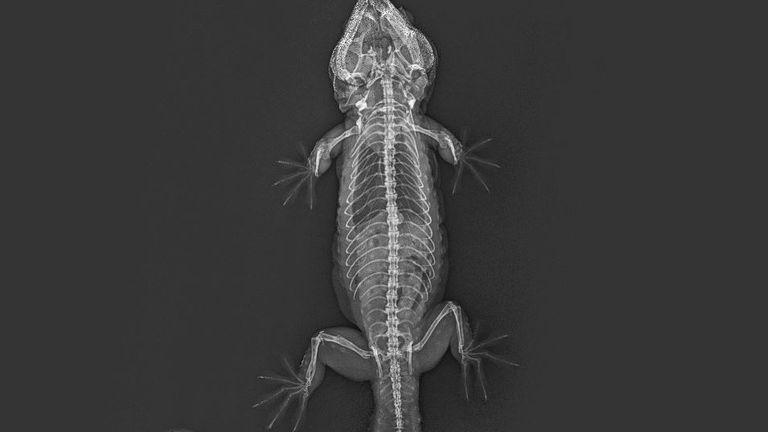 Ms MacIntosh added: “Our keepers make training part of their daily routine, which means our animals are totally unfazed during simple procedures, such as presenting their tails for blood draws. It’s simple and stress-free for them – and our vet team.”

The pictures have been released to coincide with the zoo’s Vets in Action event, which aims to educate visitors about the work that goes on behind the scenes.

As the Amazon Burns, Europe Leads the Charge on Climate