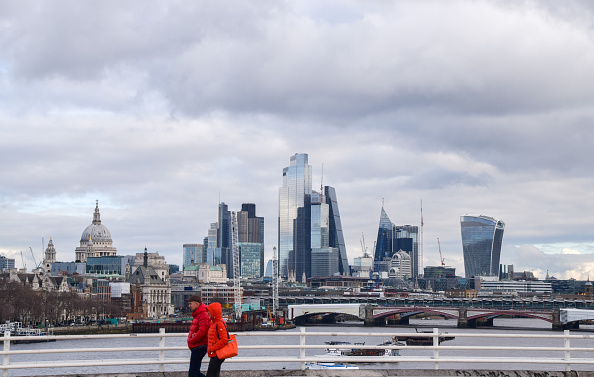 London is set to welcome 10 new skyscrapers which could change the iconic skyline forever.

The wheels have been put in motion for multiple new ‘tall buildings’ 75m tall (almost 250ft) in London’s City district over the coming years.

The news comes as a boost for confidence in the capital’s economic future, but only two have submitted formal applications so far.

The first of two proposed applications made public is for a 63-storey development at 55 Bishopsgate, set to sit at 285m (935ft) above sea level.

The second is a 32-storey tower at 85 Gracechurch Street, by Leadenhall Market.

Another eight tower blocks are currently in confidential ‘pre application’ stages with the City of London Corporation.

Most of the structures are reportedly being earmarked for the City’s ‘eastern cluster’ which already features some of the most recognisable towers.

These include the Gherkin at 30 St Mary Axe, the ‘Walkie Talkie’ at 20 Fenchurch Street and ‘Cheesegrater’ at 122 Leadenhall Street.

Shravan Joshi, chairman of the City’s planning and transportation committee, told the Standard they were all ‘substantial buildings that will change the skyline of the City once more – or add to it’.

He insisted to the publication that applications weren’t just from financial service companies.

Instead, he believes demand is being driven by ‘grade-A, really high quality office space’.

Mr Joshi said the likes of technology, creative arts, media and education firms are all being attracted to the area.

In a positive sign for the City’s post-pandemic bounce-back, he added that the number of applications this year exceeded both those made in 2020 and 2021.

Other towers are already under construction, including the 35-storey One Leadenhall tower and a 33-storey tower approved for 70 Gracechurch Street last year.

A 492ft tower at 50 Fenchurch Street has also been approved, and planned near the existing Walkie Talkie landmark.

However, not all response to the proposals has been positive so far.

This is over largely concerns it will affect views of St Paul’s Cathedral and the rest of the historic London skyline.

Recognising the careful planning needed when altering the City’s skyline, Mr Joshi said: ‘We have got to get a balance in the Square Mile. We are not Manhattan, in the sense we have a Roman history to preserve; we have heritage buildings to look after.

‘We have a responsibility to maintain that historical and cultural fabric that makes the Square Mile what it is.’