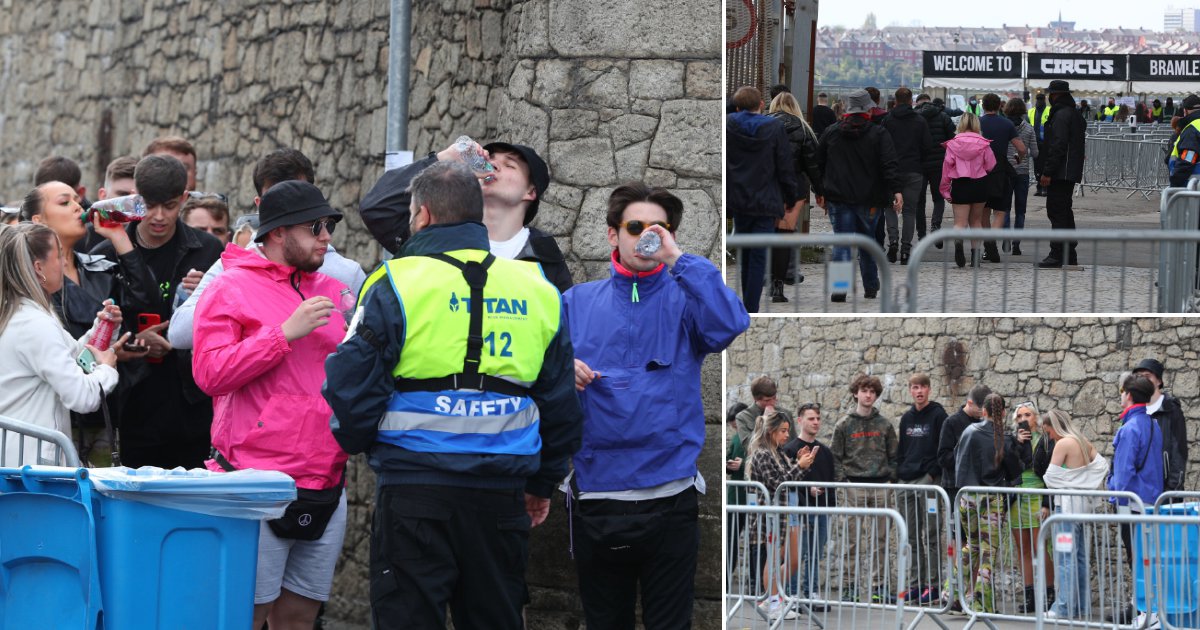 Thousands of clubbers in Liverpool have arrived for their first big night out in more than a year.

Queues have been forming throughout the afternoon at the Bramley-Moore Dock which will host a ‘post lockdown rave’ to test whether large scale events can begin again safely.

With nightclubs closed since March 2020, punters were making the most of the rare chance to hit the dancefloor and arrived at the venue as doors opened at 2pm.

A number of strict rules are in place for all of the 6,000 attendees of the two-day mini festival which will feature acts including Fatboy Slim.

Ticketholders have to take a lateral flow test 24 hours before the event and will have to show evidence of a negative result to gain entry.

They must then take another test five days later and submit their results to researchers monitoring the event.

People involved in the trial will not need to socially distance from strangers or wear a mask.

But they must be over 18, live in the Liverpool City Region and be registered to a GP in the area. They must also be showing no signs of Covid-19 symptoms.

Researchers are also monitoring how crowds react to being able to mix again and what impact, if any, a year of social distancing has had on human behaviour.

The event has been organised by promoter Circus and is part of the government’s ‘Events Research Programme’.

It’s one of several events being held over the next month ahead of the end of restrictions on June 21.

Spectators will also be allowed into an FA Cup semi-final and the final at Wembley, and 3,000 athletes will take part in 10km runs as part of a series of nine trial events.

Princess Beatrice wedding: The SIX hidden details you may have not noticed

Poland police hunt for fugitive ex-soldier and his puma