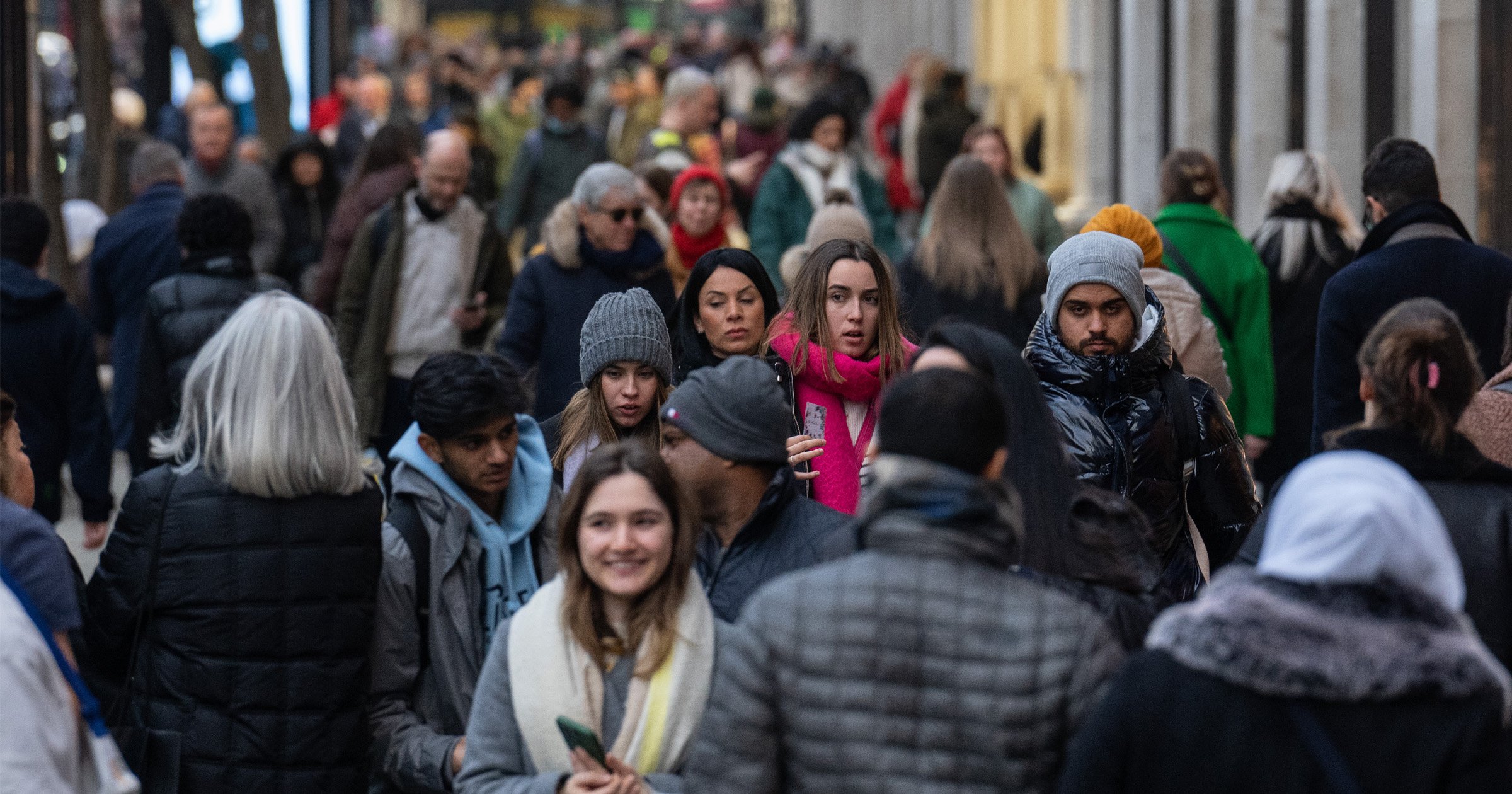 The looming recession set to hit the UK could be twice as bad as previously feared, experts have warned.

Leading economic forecasters at business consultancy, EY, predict the next three years could be tougher than expected due to an overall ‘gloomier’ outlook, reduced government support and higher taxes.

Just three months ago, EY’s Item Club, which produces quarterly economic forecasts for the UK, predicted a 0.3% contraction – a decline in national output – in gross domestic product (GDP) this year.

But an updated forecast published today now predicts a 0.7% decline this year, followed by reduced growth of 1.9% and 2.2% respectively.

EY’s UK chair, Hywel Ball, said: ‘The UK’s economic outlook has become gloomier than forecast in the autumn, and the UK may already be in what has been one of the mostly widely anticipated recessions in living memory.’

The UK will only officially be in recession after two consecutive quarters of GDP contraction.

Experts believe a recession will hit this year, shrinking the UK’s economy during the first half before returning to growth in the summer.

However, EY forecasts suggest a recession will be less damaging compared with the economic crises in the 1980s, 1990s and 2000s.

Mr Ball added: ‘The one silver lining is that, despite being a deeper recession than previously forecast, it won’t necessarily be a longer one.

‘The economy is still expected to return to growth during the second half of 2023 and has been spared any significant new external shocks in the last three months from energy prices, Covid-19 or geopolitics.

‘Meanwhile, the chief headwind to activity over the last year – high and rising inflation – may be starting to retreat, while energy prices are falling too.’

Inflation is forecast to hit 7.2% on average this year, according to EY – including a spike when the government’s energy support scheme is reduced from the beginning of April.

The warning from EY comes after the UK economy experienced unexpected growth in November, according to official figures.

Data published by the Office for National Statistics revealed a 0.1% increase, despite the ongoing cost of living crisis.

Analysts had expected the economy to shrink by 0.3% in November.

But it was given a small boost thanks to increases in telecommunications and computer programming, as well as pubs and bars welcoming punters watching World Cup games.

However, the slight rise still amounted to a slowdown in growth after the GDP rose by 0.5% in October.

The bleak financial forecast has seen the cost of living overtake the failure to act on climate change as people’s main concern, a new report has claimed.

More than 8million households are set to receive £900 cost of living payments from the government this year to help people struggling to make ends meet.