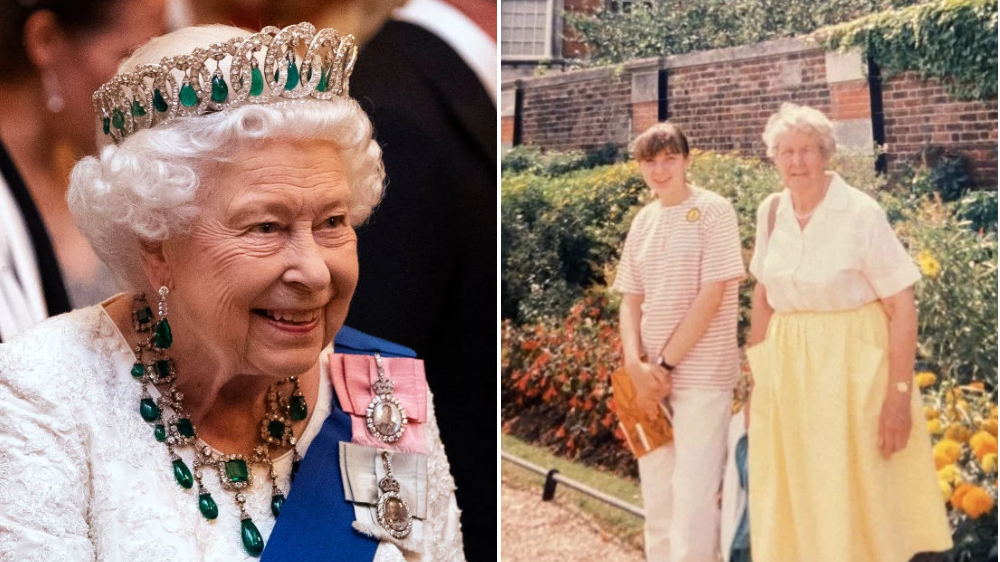 For three decades, there’s been a picture of the Queen folded in my wallet.

A lady with permed grey hair, comfortable cardigans, and Blitz experience. She’s surrounded by family and dogs, having a picnic in the sunshine.

My Gran, queen of our clan.

When news came yesterday that the other Queen was dying, it was the one in my wallet I ached for. Her hair, her smell, and the huge hole she left, when I lost a link to worlds I have never known, and people I’d never seen.

Matriarchs are the rock every family is built upon, and their lack is a stormy ocean.

I cried at odd moments, hearing the trickle of updates, and listening to Huw Edwards finally tell us what we knew was coming. It took me back to the autumn of 1992, when my gran spent six weeks in the ICU.

Every morning, mum would ring the ward to see if she’d made it through the night. Each day, we’d drive to the hospital to hold her hand, and listen to the machines beep. Then one morning, Mum had spoken to the ward already, and she had gone.

The BBC wasn’t involved, and we didn’t dig out the black ties until the funeral, but somehow, what happened at Balmoral yesterday awoke what happened in Maidstone 30 years ago.

Today, there are millions of people feeling a loss again.

People who, like Charles and Anne dashed to a bedside, and others, like Harry, Andrew, Edward, Sophie, and William, who didn’t get there in time. And far too many, in the past two years, who were not allowed to try.

My gran ruled the dinner table, the kitchen, and political debate following Sunday lunch. She insisted on antimacassars, a headscarf, and homemade lemon curd.

The Royal Family – every family – will have had a similar ruler, and the Queen provided the same for billions around the world. With them we had old-fashioned comfort, and an unthreatening tickle of modernity.

It’s silly that we’re all relating the monarch to our own experiences, really, because most of us have never met the Queen, and unlike almost all her subjects, she was ‘comfortable’ until the end.

Our grans had harder lives, and didn’t just raise an eyebrow at their Prime Ministers. Mine would tell you what she thought of Mrs Thatcher at length, without waiting for a biographer to sift through her papers.

Yet like the Queen, her happiest pictures were taken at picnics, on the same sort of blankets, surrounded by dogs treated like princes. The death of one brings back the other, decades after she last hugged me.

A few days ago, Mum gave me a cardigan found at the back of a wardrobe. It was Gran’s, and hadn’t been washed or worn since she died. It still has her smell: freesias and sweet tea and Murray mints, with undernotes of Yardley perfume.

It is the robe of Her Majesty Gladys O’Gorman, queen of grans. Her treacle sponge with custard was an adornment to every banquet, her cheese scones more glorious than Faberge eggs, and she would have told tyrants, terrorists and Donald Trump where they could stick their handshake.

I am proud to have inherited her cardy, her politics, and the dog problem. I’m not sure what she’d think of being tumbled up in my head with royalty, but I suspect she’d put on her posh telephone voice and say something regal, before hooting with laughter and making a fuss of the dog who, in the absence of serious constitutional upheaval, will always have more of the sofa than I.

Which is why the death of a super-rich stranger has left me drying my eyes, on the sleeve of a cardigan worth more to me than rubies.

Here’s to the matriarchs: the women who made us all.