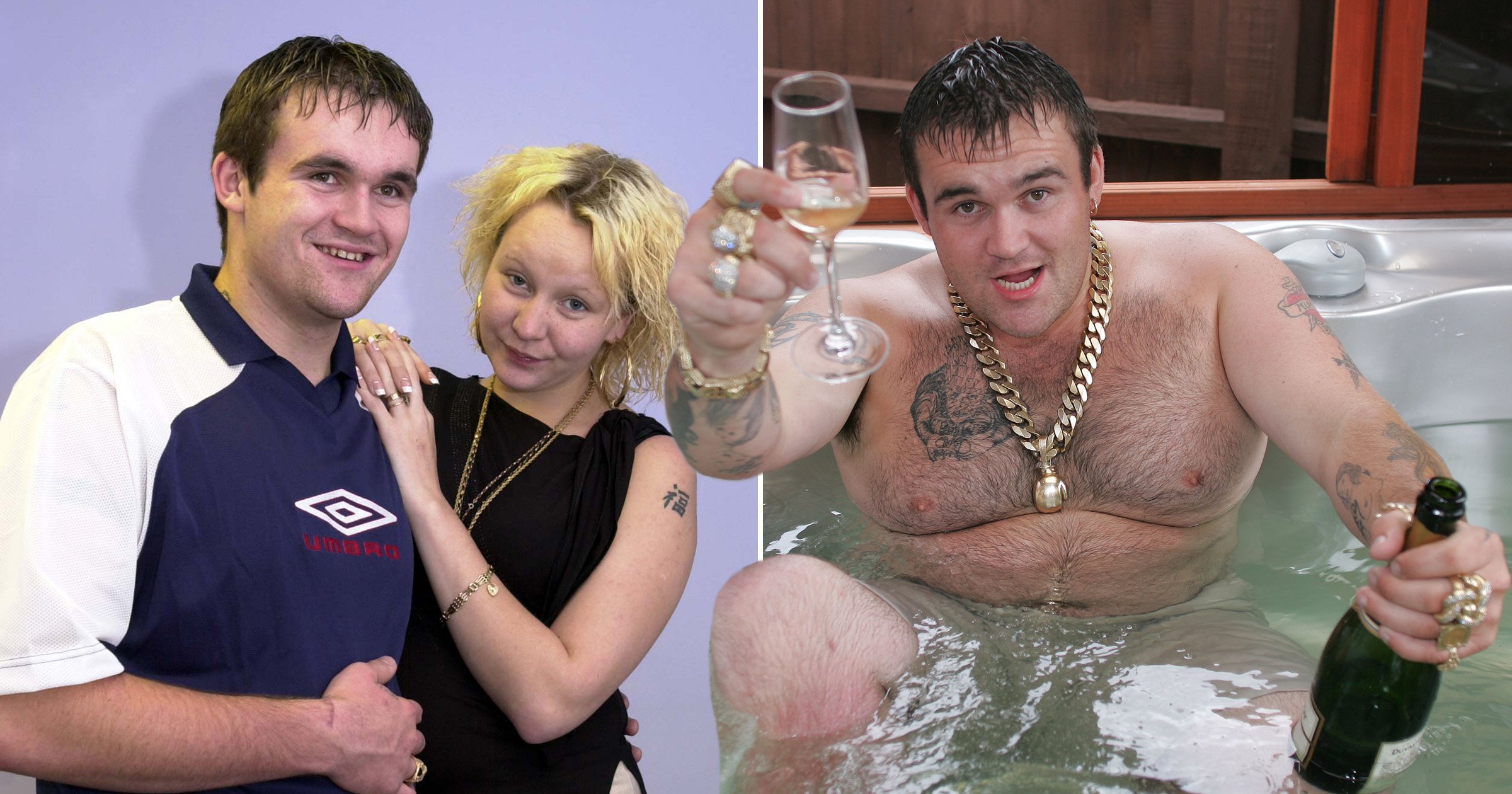 A lottery winner who squandered a £9.7million fortune has remarried his ex-wife, who left him after he allegedly cheated with prostitutes.

Michael Carroll, dubbed the ‘Lotto lout’, won the National Lottery in 2002 at 19 and gave £4 million to friends and family, including £1.4m to wife Sandra Aiken.

But shortly after the couple wed in 2003, she decided she had had enough.

Over the next few years, Carroll appeared in court more than 30 times while a mansion he bought in Norfolk fell into a state of disrepair.

He has admitted he wasted millions on cocaine, gambling, prostitutes and drinking two bottles of vodka a day.

Sandra previously said she left him because he ‘was frittering away £10million on drink and drug binges and was cheating on me with prostitutes.’

But she has now forgiven the self-styled ‘King of the Chavs’, with the couple re-marrying last Saturday in a small ceremony, according to the Daily Record.

A friend told the newspaper: ‘Mickey’s calmed down a lot and has been living quite a nice wee life and working hard.

‘Him and Sandra buried the hatchet and got back together and it has all worked out well for them.

‘It happened very quickly in the last few months but they fell right back in love and are really happy together now. What’s in the past has been forgotten about.’

The former binman was jailed for nine months for affray in 2006, having notched up 42 previous offences since 1997.

By 2013, he was broke and homeless, so he returned to his native Scotland and worked in a biscuit factory and then a slaughterhouse before landing a job as a coalman.