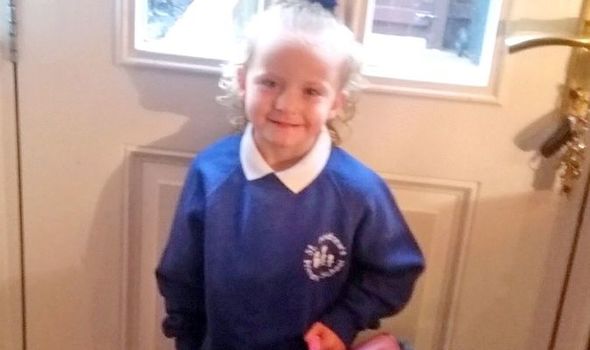 Indianna Maddison endured a 35-minute journey to an Egyptian hospital in an ambulance which resembled a builder’s van and had no advanced life-support equipment.

She was flown home but died at the Royal Victoria Infirmary in Newcastle upon Tyne after suffering a heart attack, an inquest in the city heard.

The little girl, from Bishop Auckland, Co Durham, was six days into a 2017 Christmas break with parents Kelly, 42, Tommy, 48, and eight siblings when the tragedy happened.

She said her chances of survival, “although poor”, depended on her receiving skilled life support before reaching hospital.

One witness had called the emergency vehicle “a builder’s van with a siren”. Ms Dilks praised the “heroic efforts” of a guest and a staff member who gave Indianna CPR.

But she said: “Indianna was admitted to a local critical care facility, the standards of which fell significantly below those of the UK’s critical care units.”

She said Indianna died from the effects of near drowning, and “deficiencies” in emergency services and hospital care contributed to her condition.

No suitable medical equipment was available at the poolside and Mrs Maddison said: “Someone found the hotel doctor but he arrived at the same time as the ambulance.”

Mr Maddison said although the Egyptian hospital told the family Indianna had suffered seizures and a stroke, they had no idea she would die.

After the hearing, he said: “We miss our beloved Indianna every single day. To lose her how we did was absolutely devastating and something we’ll never get over.”