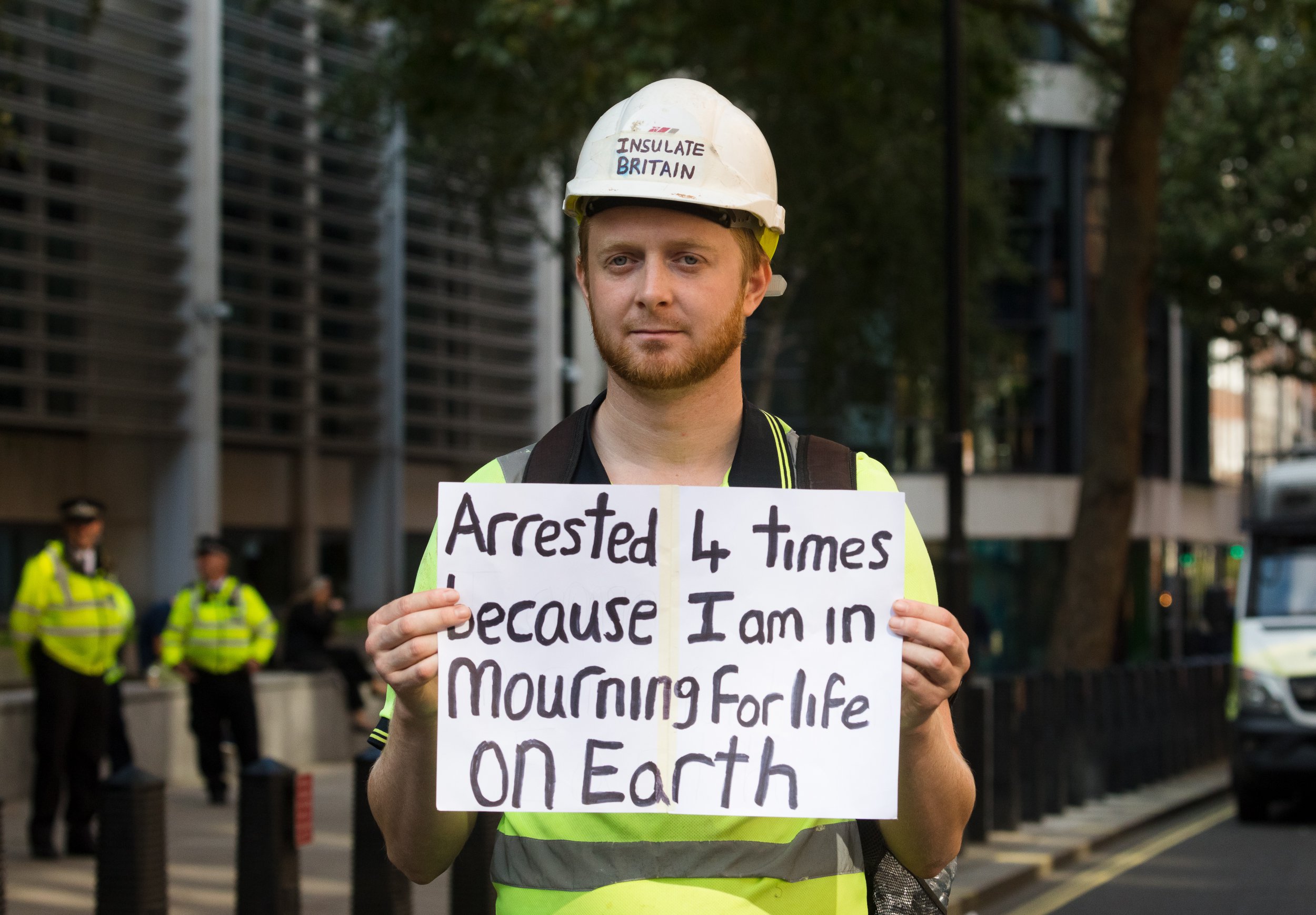 A climate protester who claimed to be a bricklayer when he blocked the M25 four times is reportedly the owner of a million-pound property empire.

Joshua Smith, 28, donned a hard hat as he glued his hand to the motorway tarmac during rush-hour on Monday.

He then marched with fellow Insulate Britain activists to the Home Office on Tuesday, holding a placard which read: ‘Arrested 4 times because I am mourning for life on Earth.’

The eco-protesters want the Government to commit to insulating all social housing in Britain by 2025.

But Smith has now been called a ‘hippy-crite’ after The Sun claimed to reveal he is the heir to several properties worth £2million and allegedly sits on a £1million portfolio himself.

According to the newspaper, Smith’s firm in Oldham has at least six homes with E or F energy efficiency ratings.

This is below the national average for England and Wales and means the properties will likely have little insulation.

One of the furious drivers who was held back by police as he confronted the M25 protesters has now hit out at Smith.

Tom Watson, 37, who is a self-employed insulation-fitter, said: ‘It’s sickening ­double-standards. It shows what these people are really like. It’s the preaching that gets you.

‘They’re trying to tell us what to do and haven’t got their own houses in order.’

He was joined by Conservative MP Lee Anderson who said: ‘They are total hippy-crites, with too much money, and no understanding of the real world.’

When confronted about owning six homes, Smith admitted their insulation was ‘not great’ and was ‘not too sure’ about their EPC ratings.

He insisted he is not a hypocrite, adding: ‘The picture is a lot ­bigger than just me. No one in my houses are freezing.’