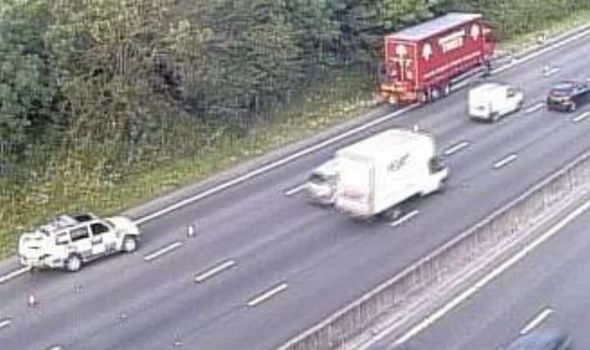 The incident has closed one lane, with ten miles worth of traffic causing severe delays on the clockwise route between the Clackton Lane Services to Junction 6 at Godstone. The congestion continues to just after Junction 4 at Orpington after the earlier incident at the peak of rush hour.

The lorry broke down at around 7am on one of Britain’s busiest roads and traffic was held as the vehicle was recovered from lane two of the M25 between Junctions 5 and 6.

In a statement, Highways Agency confirmed that traffic was flowing after the scene of the incident, later adding: “The earlier broken down lorry on the M25 between J5 (Sevenoaks) and J6 (Godstone) has been recovered and all lanes have now reopened.”

But one Twitter user confirmed that roads had been brought to a standstill in the middle of rush hour, adding: “Would like to congratulate @HighwaysEngland on causing mass chaon on the M25 for closing it for a ‘Broken down lorry’ 30 mins without an inch.” 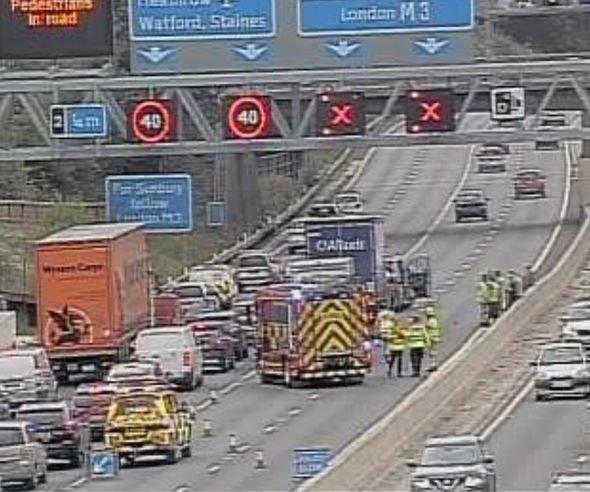 Two lanes are blocked on the M3 near Junction 2 on the approach to Camberley with four miles worth of traffic reported. Surrey Police are dealing with a six car pile-up, with three fire engines also on the scene.

In another incident, there are also delays on the M25 clockwise between Junction 26 at Waltham Abbey and Junction 27 due to an overturned trailer.

All road users are at a standstill which has led to all lanes being closed.