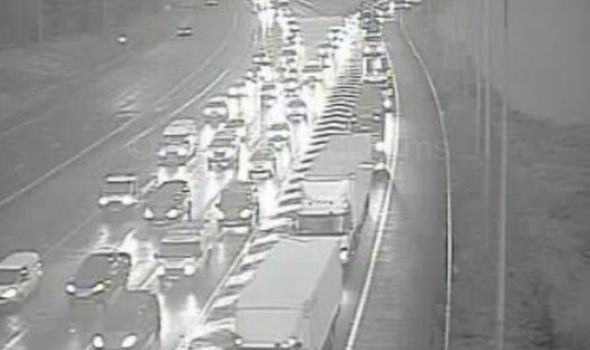 A crash on the southbound carriageway of the M5 has resulted in queues of around six miles near Worcester this morning.  The collision saw a vehicle hit the central reservation of the motorway from Junction 4A (M42) to Junction 5 A38 (Droitwich / Wychbold).

The accident happened at about 6.30am closing two of four lanes.

Highways England warns of delays of about an hour, with the accident not due to be cleared before 9am.

“There are currently delays of 1 hour against expected traffic.”

The M42 westbound has also been badly affected near the junction with the M5.

Officers from West Mercia Police are at the scene.

In an update at 8am, traffic service Inrix reports that lanes three and four of the M5 southbound just north of Worcester remain closed a travel time through the area of one hour and 10 minutes.

Queues are now extending for about eight miles.