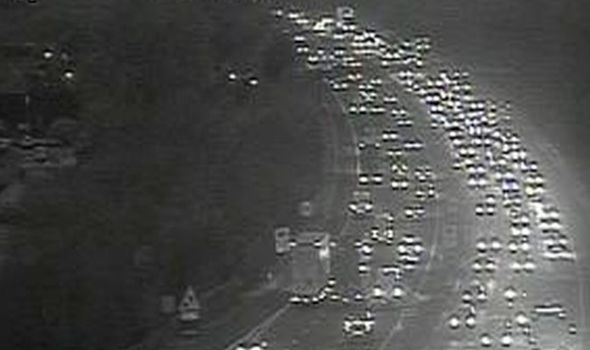 The overturned vehicle on junction 10 M56 at Stretton caused an eastbound slip road exit to close along the route in north Cheshire. Traffic is unable to exit the motorway at the junction heading east.

The incident was reported at about 7.20am on Monday and has caused congestion to junction 11 Preston Brook.

“Traffic is unable to exit the motorway at this junction heading east.”

There is also queuing traffic on the M56 westbound before junction 10 at Stretton (A49 Tarporley Road).

Traffic came to a standstill between 7:20 and 7:35am, but all lanes have since reopened.

It is unconfirmed whether this is related to the overturned vehicle on the eastbound exit slip road.

INRIX reported: “Queueing traffic due to earlier traffic problem on M56 Westbound before J10 A49 Tarporley Road (Stretton). Congestion to J9 (M6 Lymm interchange) which is also causing delays on the M6 South.

National Highways North West has tweeted: “The M56 J10 westbound is open, the westbound slip wasn’t closed however, there was some congestion earlier on.

“The congestion on the westbound has cleared.”