National Highways urged motorists to look at alternative routes as there are currently 30 minute delays between Warrington and Newton-le-Willows. A spokesperson wrote on Twitter: “#M6 northbound between J22 and J23 (between #Warrington and #Newton-le-Willows). 2 lanes (of 3) are closed for emergency carriageway repairs. Delays of 30 minutes; 6 miles of congestion on the approach.”

All lanes have since been reopened but commuters are still experiencing half an hour queues as traffic resumes.

In an update on Twitter, a spokesperson said: “All lanes are now open. Emergency carriageway repairs are complete. Delays of 30 minutes; 8 miles of congestion remain on the approach.”

It is currently unclear what emergency repairs were needed.

Engineers carried out the emergency repairs this afternoon following an incident involving a collision. 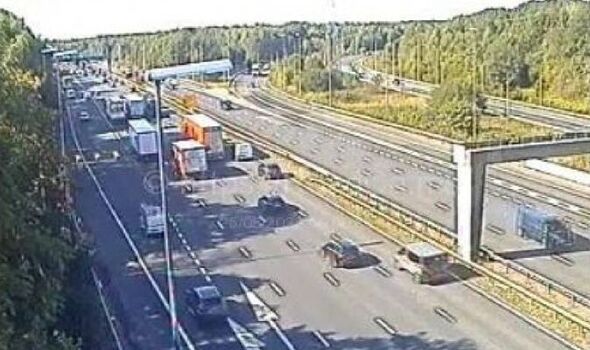 The collision happened on the northbound carriageway between J22 for Warrington and J23 for Newton-le-Willows.

Despite the lanes being reopened, congestion is now stretching back to J19.