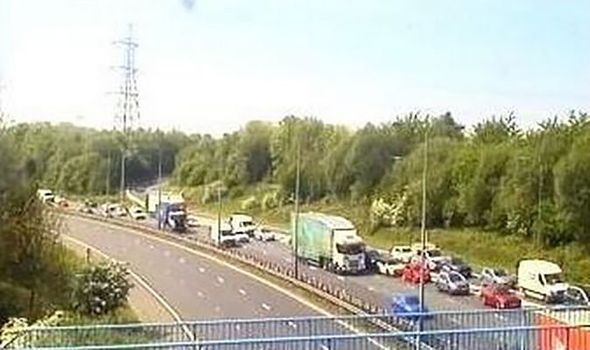 North West Motorway Police has tweeted: “Patrols working alongside Highways England are having to close the M61 between J2 & J4 both ways due to an ongoing incident.” Highways England is warning drivers to avoid alternative routes. The M61 was closed from 11am.

Poice have said they are responding to concerns about a man on a bridge.

A police spokesman told the Manchester Evening News: “We had a call at 10.42am to concerns for a male seen on a bridge.

“Police are speaking with the man.”

North West Motorway Police also tweeted a warning to drivers, saying: “Once closures are in place patrols will start to assist traffic between the closure & prev junction to exit the m/way.

“Please do not turn around until instructed by police/Highways. Do not use or stand on the hard shoulder & remain with your vehicle as you’ll obstruct responders.”