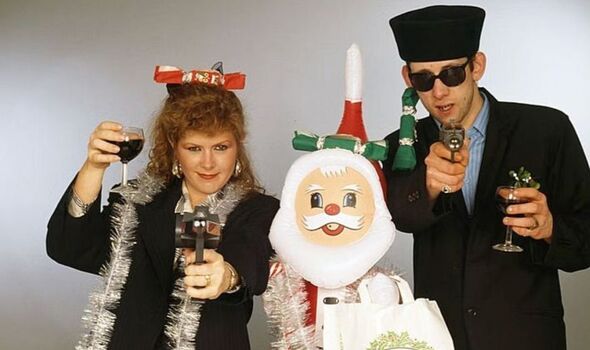 BBC Radio 2 has become the latest radio station to censor punk band The Pogues for their beloved 1987 Christmas song, Fairytale of New York. The song comes under fire annually for its use of homophobic slur f****t and the word sl*t.

The song was first censored in 1987 by the BBC for live performances on Top of the Pops inluding the line: “Happy Christmas your arse / Thank God it’s our last”.

After the words were bleeped out by ITV in 2005 to avoid causing “offense,” BBC Radio stuck to the original version of the song.

Only this year, BBC Radio 2 has adhered to censorship calls and an alternative version with MacColl singing “you’re cheap and you’re haggard” was created.

This was the version included for the official Marvel soundtrack of the 2022 special short film The Guardians of the Galaxy Holiday Special.

In a statement, Radio 2 claimed: “We are reflecting what we are hearing back from many of our listeners who love the song, but find some of the lyrics jarring in 2022.”

Fairytale of New York is the most-played Christmas song in the UK and has been in the Top 75 every December since 2005.

The Pogues’ frontman Shane MacGowan has previously defended the use of the offending words in his achingly sad ballad, due to the characters in the song not being “angels” or “even decent”.

“The word was used by the character because it fitted with the way she would speak and with her character.

“She is not supposed to be a nice person or even a wholesome person,” said MacGowan in 2018, about the character who sings those lyrics.

“She is a woman of a certain generation at a certain time in history and she is down on her luck and desperate.”

“Not all characters in songs and stories are angels or even decent and respectable. Sometimes they have to be evil or nasty in order to tell the story effectively,” he added.

The song follows an Irish immigrant’s Christmas Eve nostalgic stories about holidays past while sleeping off a drinking binge in a New York City drunk tank.

When an inebriated old man also in the cell sings a passage from the Irish ballad The Rare Old Mountain Dew, the narrator begins to dream about the song’s female character.

The rest of the song (which has been interpreted as an internal monologue by some) becomes a call and response between the couple, about how their youthful hopes were crushed by alcohol and drug addiction, as they reminisce and bicker on Christmas Eve.

Banjo player and songwriter Jem Finer later said: “I had written two songs complete with tunes, one had a good tune and crap lyrics, the other had the idea for Fairytale but the tune was poxy, I gave them both to Shane and he gave it a Broadway melody, and there it was.”

Michael Gove gets stuck in a lift and misses BBC interview