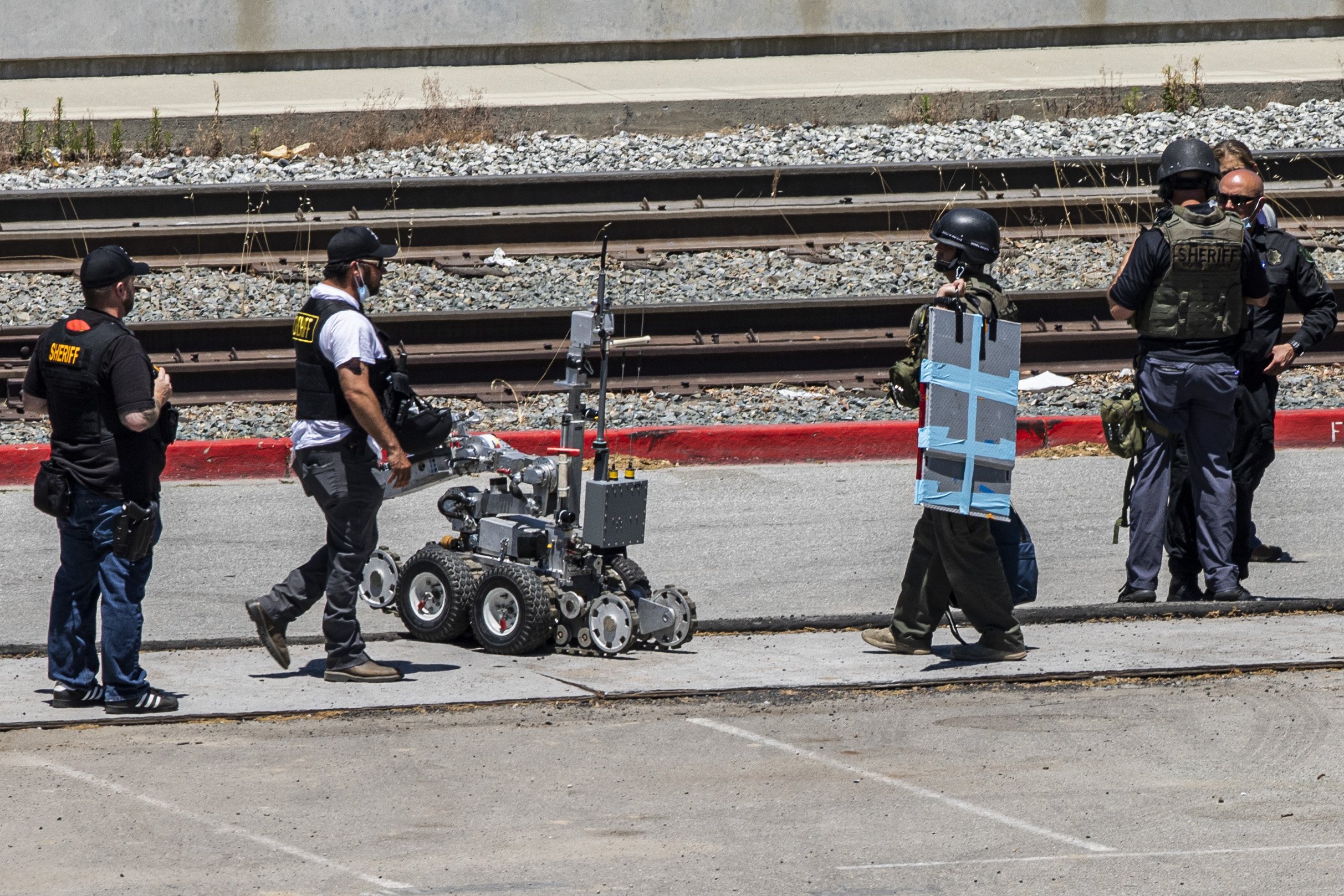 A board of supervisors will allow the police to use robots capable of lethal force in certain scenarios.

The San Francisco Police Department (SFPD) hopes to use robots armed with ‘potentially lethal’ weapons in the future to assist in a number of law enforcement scenarios.

The SFPD already own a fleet of almost a dozen robots to disarm bombs and explosives, but they have never been used in this capacity since they started acquiring them in 2010.

‘The robot creates distance between a potentially dangerous situation and an officer’s body,’ the SFPD told the San Francisco Board of Supervisors. ‘Robots can also be used to deploy a breaching apparatus or less lethal options such chemical agents.’

The board voted in favor of the proposal and restricted their new uses to ‘training and simulations, criminal apprehensions, critical incidents, exigent circumstances, executing a warrant or during suspicious device assessments,’ minutes from the hearing. ‘Robots will only be used as a deadly force option when risk of loss of life to members of the public or officers are immanent and outweigh any other force option available to SFPD.’

California state law requires a civilian oversight board to approve the use of military-grade equipment by police departments in the state. After a tense public hearing, the San Francisco Board of Supervisors approved the use of robots after an 8-3 vote.

‘According to state law, we are required to approve the use of these equipments,’ Supervisor Connie Chung said. ‘So here we are, and it’s definitely not a easy discussion.’

Chung justified her ‘yes’ vote by stating the robots should only be used in ‘extreme circumstances’ and to ‘prevent further loss of life.’

But many concerned citizens and board members voiced opposition to the measure out of concerns that robots could further infringe on the civil liberties of citizens, especially communities of color.

‘We continuously are being asked to do things in the name of increasing weaponry and opportunities for negative interaction between the police department and people of color,’ Board President Shamann Walton said. ‘This is just one of those things.’

BBC coronavirus warning: Expert reveals what to do if someone vaping next to you on street