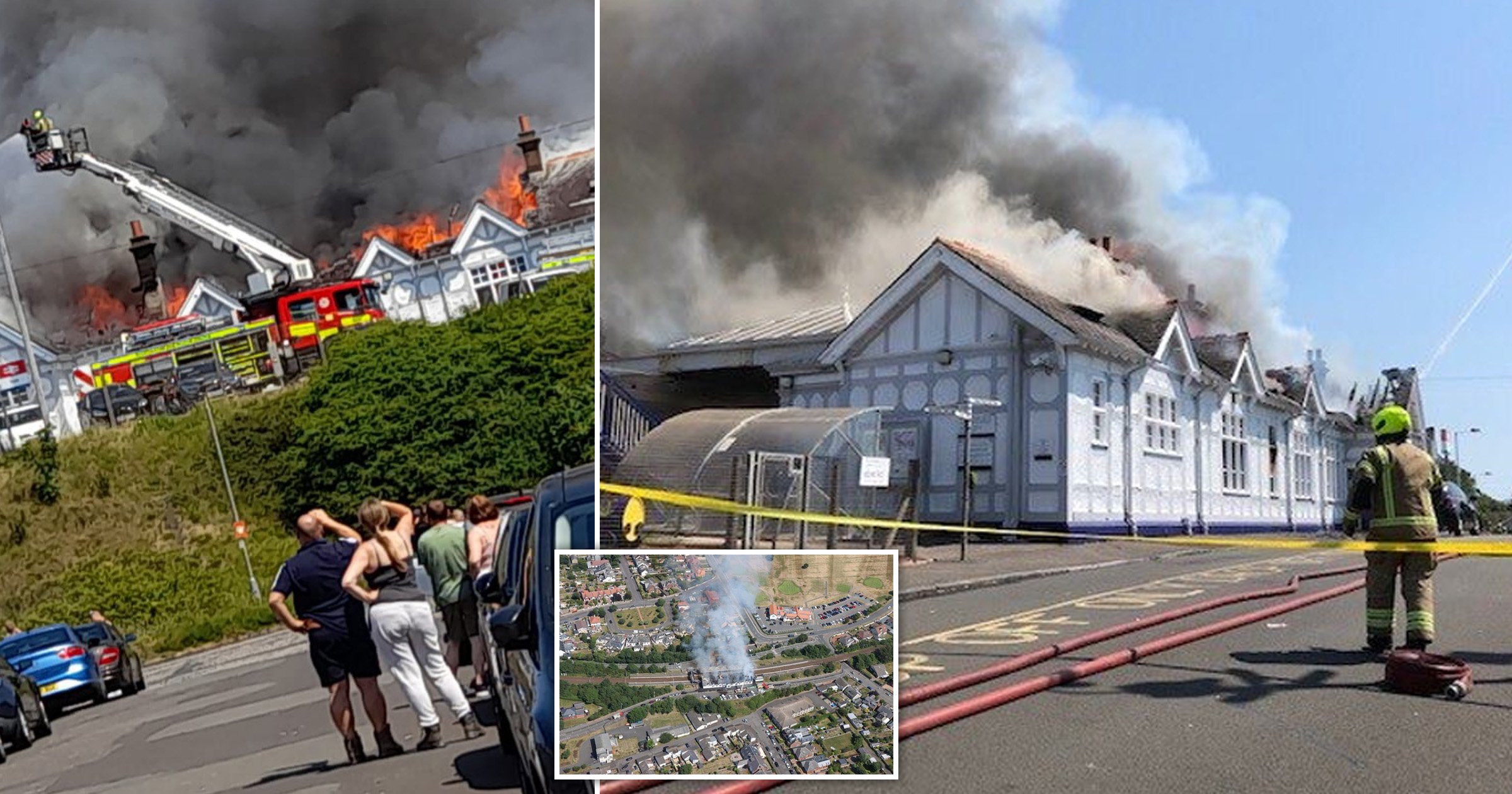 Train services to Glasgow have been cancelled due to a blaze at an historic railway station building this afternoon.

The ‘devastating’ fire at Troon station, near Kilmarnock, is believed to have started in a ticket office.

ScotRail was forced to cut the power to overhead lines so firefighters could tackle the blaze, which it said ‘took out a large area and affected other routes’ power supply’.

The Scottish Fire and Rescue Service sent crews in six engines to the scene at 12.40pm on Saturday.

The fire broke out on the hottest day of the year so far, with local temperatures expected to hit 21°C.

The west Ayreshire town is popular in the summer with tourists from across the west of Scotland who flock to its beach as the mercury rises.

A day’s worth of services to popular destinations including Kilmarnock and Glasgow, which is around 35 miles away, were cancelled. Rail replacement buses have been put on instead.

‘It was originally built by the Glasgow and South Western Railway in 1892. I hope it can be restored. Good to see @RailwayHeritage is already offering their support.’

The Railway Heritage Trust offered its support to both Scotrail and Network Rail to salvage as much of the historic building as possible.

Speaking to the Ayrshire Daily News website at the scene, Ayr MSP Siobhian Brown said the fire was ‘devastating’.

She said: ‘I’ve spoken to the transport minister and he’s being updated on the situation that has had a significant impact on the whole building – as you can see they’re still trying to get the fire out.

‘There will be severe disruptions to the train lines going from Ayr up to Glasgow and they’ll be putting on buses and we will keep you updated on the situation.’

Ms Brown added: ‘We don’t know for sure how the fire started but we do believe that it did start in the ticket office somehow but we will have to determine that further down the track. But thankfully, nobody has been hurt.’