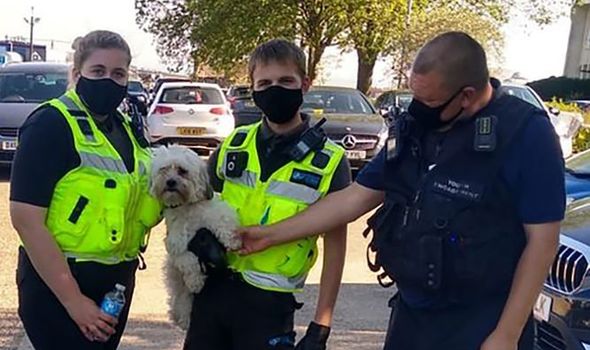 The pooch, believed to be a terrier breed, was left “gasping for air” as temperatures across the UK soared to above 20C on Saturday.

Police in Southend, Essex, had to smash the car’s windows to free the dog. The owner was later arrested for drink driving, according to Essex Live.

And Daily Express readers have taken to Facebook to call for strict punishment, with some suggesting the owner should too be made to suffer in a hot car with closed windows.

One woman posted: “Makes my blood boil, they dont deserve a pet.”

Another said: “They should be made to sit in a hot car with windows closed and see how they like it.”

A third reader shared: “Hope they took the dog off them.”

It remains unclear if the owner was reunited with the dog.

But others supported the view for the owner to suffer.

One comment reads: “Reverse the position, lock the owner in the car for 3 hot hours. Don’t let them out.”

Another says: “Lock them in a car in this heat, see how they like it.” 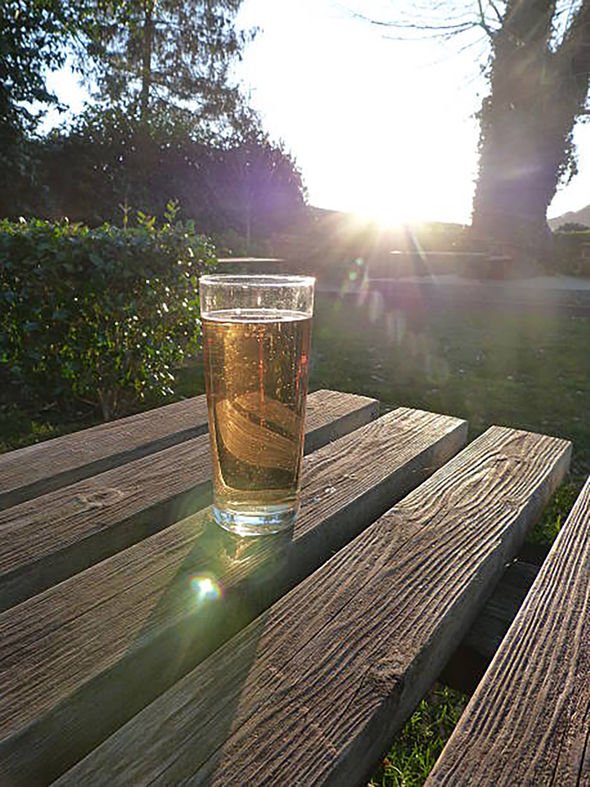 Members of the public alerted Essex Police to the panting pooch on Saturday afternoon.

Southend Community Safety Partnership and officers from Southend Borough Council helped officers rescue the animal, who is now healthy it is understood.

“A dog was locked in a car for over 3 hours in this heat, owners were in a pub, window smashed as the dog was gasping for breath – now safe. Later, the owner drove away and shortly after was arrested for drink driving”.

A car can become as hot as an oven very quickly, even when it doesn’t feel that warm. When it’s 22C, in a car it can reach an unbearable 47C within the hour.

These temperatures are incredibly dangerous for animals to be locked away inside.

According to the RSPCA, if you see a dog in a car on a warm day, dial 999. The police will inform the RSPCA if animal welfare assistance is required.

In an emergency, RSPCA may not be able to attend quickly enough, and with no powers of entry, police assistance is required at such an incident, they say.