Carole Malone, Daily Express columnist, has said she has “never been more proud” to be British as the outpouring of love for Her Majesty continues to overwhelm the nation. Ms Malone said she always heard about how much people loved the Queen but the last few days following the monarch’s death have been “proof of it” as millions across the UK scramble to pay their respects. Queues to see the Queen lying in state are already stretching for several miles through the capital following a procession of Her Majesty’s coffin through Whitehall that saw thousands gathering to get a glimpse of the events.

Ms Malone said: “I’ve been writing about it and glued to the TV since she died. I was on holiday when the news came through.

“I was in Spain in a restaurant and it came through on our phones, and this young Spanish waiter, he must have been 25 and you would not have thought he would have been interested, he put his hand on my shoulder and he said: ‘I am so sorry for your loss’.

“And he bowed his head. I mean, I could cry now, because he did it in respect for our Queen. And I just thought, we forget that this is happening all over the world.

“We are seeing wall-to-wall coverage here and we are seeing it all over the world. I am going to cry again now. 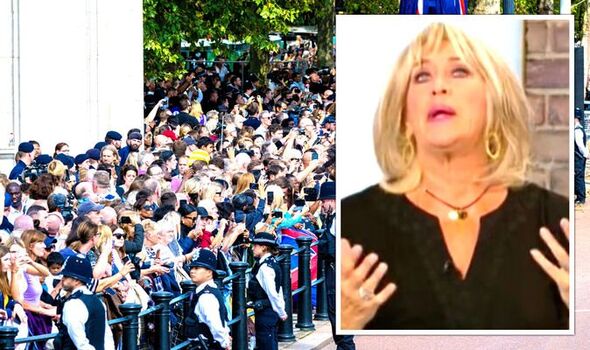 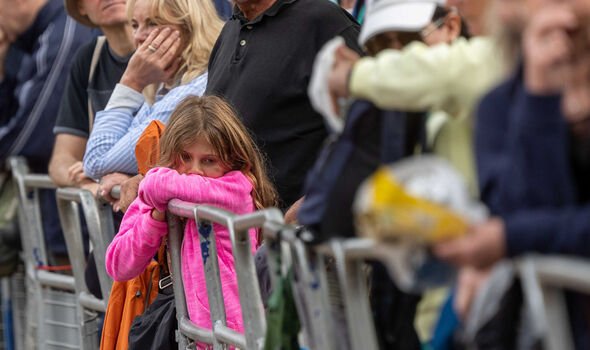 “You know, I am so proud to be British at the moment because I think this only happens here. I mean, it is a bizarre thing to say but this kind of outpouring of affection, it is a quiet love.

“We hear all the time about how much people love the Queen but this is the proof of it.

“There was one woman on the television last night, she had come overnight from Devon, I mean you could not get much further away, and she said: ‘I am only here for the day.

“‘I am going to take the train back tonight at midnight because I can only take one day off work’. But she had come to just be in London and she said: ‘This is what we do when something like this happens’. And I thought to myself, my god, it is true, I have never been more proud of the people in this country.” 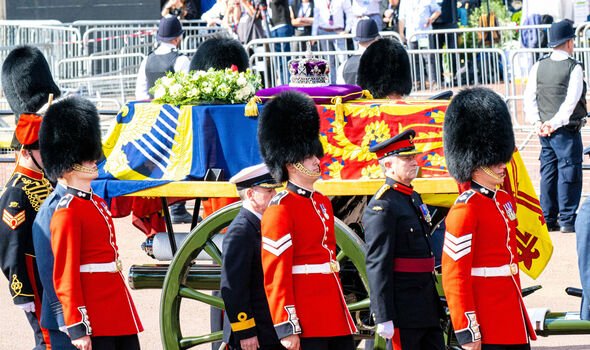 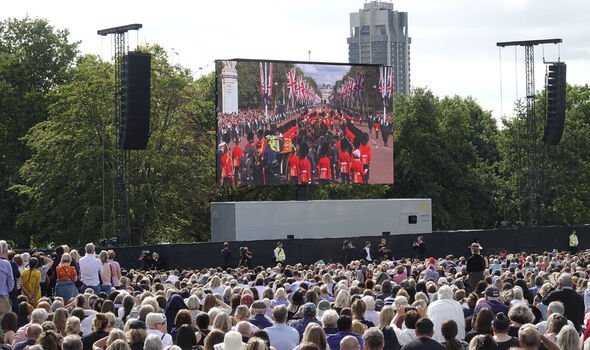 As the Queen’s coffin made its way from Buckingham Palace to Westminster Hall on Wednesday afternoon, members of the crowd could be seen wiping away tears, while others clapped to show their respect for the monarch that stood on the throne for seven decades.

Kumi De Costa, a 51-year-old NHS nurse from Surrey, travelled to see the procession with her two sons and her aunt, Sumana Vidya, leaving at 7am to get a good view on Parliament Street.

She said: “I feel very happy that we were able to be here. It was very emotional seeing the crown on the coffin. It’s like the end of an era. Britain will be and will look very different.

“But it was wonderful to see the new King in the flesh, so close and the sons behind, especially for my kids, because I want them to remember and tell their grandchildren that they were here today.” 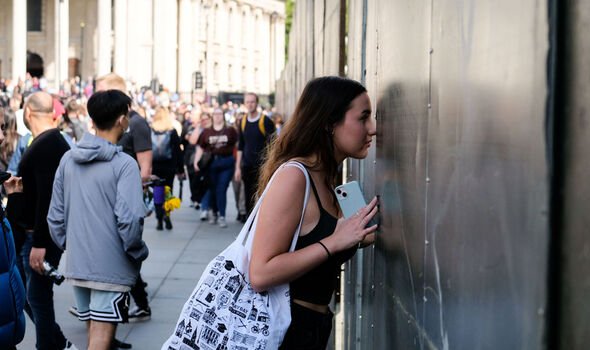 As the coffin passed, people fell silent, then someone shouted “God save the King” and others repeated the phrase.

After the Queen had been laid in state at Westminster Hall, royal fans poured in to pay their respects.

The degree of emotion felt by Britons towards the Queen was evident within the first few people to pay their respects.

Two women, among the very first to pay tribute, who had queued for days and nights to be there so early, were seen stifling sobs as they walked past the coffin.

Behind them, hundreds of people funnelling into the Hall walked in sombre silence as the gravity of the situation dawned on them.

READ NEXT: Prince Harry’s memoir release could be postponed after Queen’s death
Piers Morgan swipes at Prince Andrew and ‘selfish brat’ Harry
Harry SHOULD have been in uniform with his Queen, end petty protocol
Queen Victoria said crown looked ‘like a pudding that had sat down’
Four crowns to look out for at Queen Elizabeth’s funeral – pictures