Maltese national Yorgen Fenech apprehended in connection with the murder of an anti-corruption journalist in 2017. 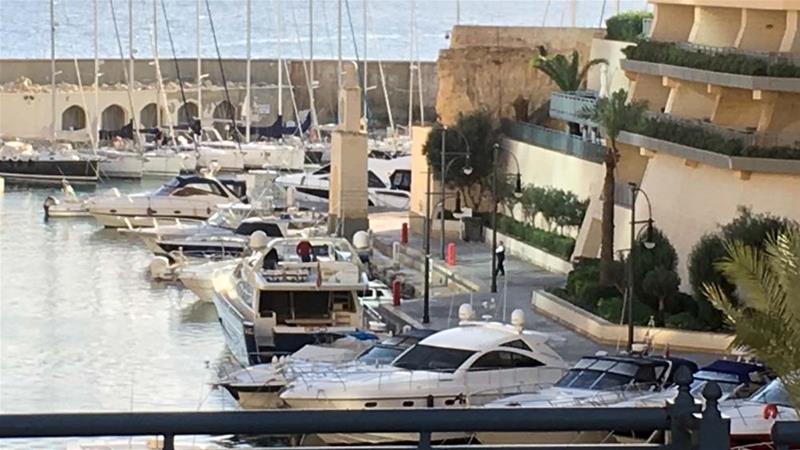 Malta’s police have detained a prominent businessman in connection with the murder of journalist Daphne Caruana Galizia, the day after an alleged middleman was offered a pardon to identify the mastermind behind the killing.

Maltese national Yorgen Fenech was detained at dawn on Wednesday on his yacht as he tried to leave Malta, a police source told AFP news agency, in the latest development in the long-running case that has raised questions about the rule of law in Malta.

Caruana Galizia, described by supporters as a “one-woman WikiLeaks”, had highlighted corruption in Malta, including among politicians, before she was killed by a car bomb in October 2017.

A high-ranking police source told AFP that Fenech was “a person of interest” in the case.

Fenech was intercepted just after 5:30am local time (04:30 GMT), his sleek white yacht accompanied back to port and placed under tight surveillance by the police and army.

Judicial authorities have not yet confirmed Fenech’s arrest. Under Maltese law, the police would have 48 hours to interrogate and charge a suspect or release them.

Maltese police and Interpol, which has been helping with the high-profile case, last week arrested several people as part of an anti-money laundering operation, including the alleged middleman.

On Tuesday, Prime Minister Joseph Muscat said he had promised pardon to the middleman for identifying the mastermind of the assassination.

Three men are facing trial for allegedly carrying out the killing, but the mastermind has not yet been identified.

Fenech is the director and co-owner of Electrogas, which won a multimillion-euro contract from the Maltese government in 2013 to build a new gas power station on the Mediterranean island.

Malta’s Financial Intelligence Analysis Unit (FIAU) also identified him as the owner of a company based in Dubai called 17 Black.

Caruana Galizia had written in her blog about 17 Black some eight months before her death, alleging it was connected to Maltese politicians, without publishing any evidence.

Much of her work was centred on what the Panama Papers data leak revealed about corruption at the highest levels in Malta.

Leaked emails revealed in court appeared to show that Panama companies owned by then Energy Minister Konrad Mizzi and Keith Schembri, the government chief of staff, stood to receive payments from 17 Black.

The emails said the Panama companies expected payments of up to $2m within a year from 17 Black. They made no reference to the gas power station and there is no evidence any money was deposited with them.

Schembri and Mizzi both told Reuters last October they had no knowledge of any connection between 17 Black and Fenech, or of any plan to receive payments connected to Fenech or the energy project.

Fenech denied making any plans to pay any politician or any person or entity connected to them.

Malta had repeatedly refused to open a public inquiry into the killing but made a surprise U-turn in September and appointed a retired judge to head the probe.