Home » Europe » Man, 22, raped by his drug dealer over an unpaid debt 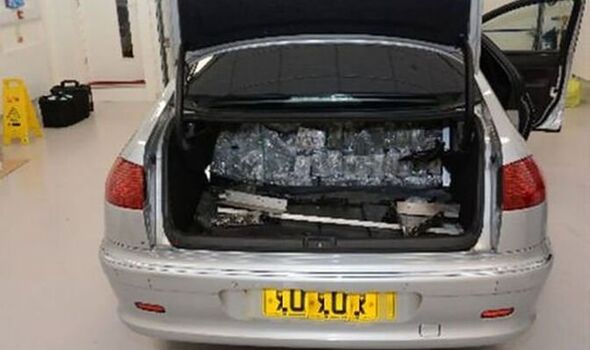 The sex attacker, believed to be aged 30, was not charged with the offence due to a lack of cooperation by the 22-year-old victim, fearful of retribution. It happened on the Isle of Man, which police say has become overrun with drug gangs, largely originating from Merseyside.

Tanya August-Hanson MLC, prosecuting in a drug case in court on the island, said: “A 22-year-old boy raped by a 30-year-old man for a debt of less than £500.”

And Gary Roberts, chief constable at Isle of Man Constabulary, said: “The rape of the young man was typical of the situations that arise in relation to drug debts. And these issues are not exclusive to certain estates on the island.

“Middle class families have experienced some of these issues.”

Such violence on Isle of Man has been a direct result of the drug economy, reports Liverpool Echo.

Chief Cons Roberts added: “From a criminal perspective they are very good at what they do. The model is similar but not identical to County Lines. The established gangs from Merseyside will use criminals on the Isle of Man to sell drugs for them.”

Ms August-Hanson read an emotional letter from the rape victim’s parents to the court.

“The impact on parents is dreadful,” it said.

“Anxiety about the youngster and the difficulty in handling the related situations can split couples. Parents often withdraw thousands of pounds of their own savings to pay off a child’s debt.

“Teenagers end up lashing out at siblings and parents through the stress of their situation — in even the nicest of homes. This is not a problem isolated to ‘poor’ areas. It is a poison that flows throughout the Island.

“A dealer will give the child ket or beak to try. They are usually older teenagers or in their early 20’s.

“Some young dealers in the lower levels have perfectly normal jobs in banks, or trades such as joinery or painting and decorating. I use the word child to reflect the naivety and vulnerability of the young person. Once they have tried ket (ketamine)and or coke (cocaine) they will be made to pay for it. As soon as they don’t have the cash to pay they are given stock to sell.

“Don’t ever think for a moment ‘it’s only weed and my teenager will grow out of it’. The weed for sale today has the strength of what used to be called skunk.”

Chief Cons Roberts continued: “I have been in policing for decades and I know that outside London, Merseyside was always the centre of the drug trade.

“But fortunately we work very closely with both Merseyside Police and the North West Regional Crime Unit and have their full support. The Isle of Man has always been a super safe place to live and we want to keep it that way.”

Heartbreaking tribute to ‘funny and kind’ boy, 15, killed in ‘hit and run’