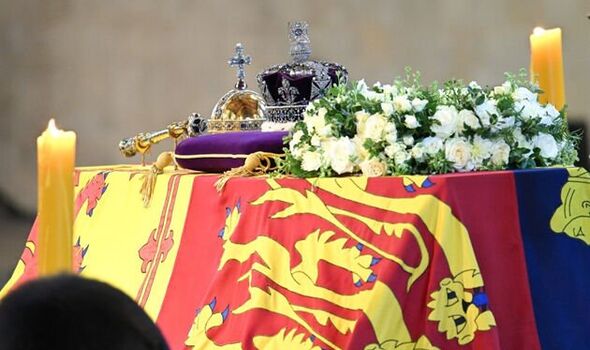 A man has been charged after was arrested for allegedly approaching the Queen’s coffin and lifting the Royal Standard at Westminster Hall while members of the public were paying their respect to the late monarch on Friday.

Muhammad Khan, 28, from Tower Hamlets, was charged under the Public Order Act on September 17.

The Metropolitan Police said the offence specifically concerned Section 4A of the legislation, which covers “behaviour indenting to cause alarm, harassment or distress”.

In a statement, Scotland Yard said: “A man who was arrested in Westminster Hall on Friday, September 16, has been charged.

“Muhammad Khan, 28, of Barleycorn Way, Tower Hamlets, was charged on Saturday, September 17, with an offence under Section 4A of the Public Order Act; behaviour intending to cause alarm, harassment or distress.”

Mr Khan will appear in custody at Westminster Magistrates’ Court on September 19.

Refugee website crashes after more than 43,000 offer to house Ukrainians

Can I volunteer to administer covid vaccines?